In the span of about eight months in late 2002 and early 2003, two Indigenous tribes announced plans to build casinos in Sonoma County.

The first was the Cloverdale Rancheria of Pomo Indians, who identified a parcel of land they owned on the southeast edge of town there. The second was the Federated Indians of Graton Rancheria, who cast their gaze to a property near Sears Point.

Close to two decades later, the Graton Rancheria project thrives — not near Sears Point, but next to Rohnert Park, it turns out. It is one of the county’s largest businesses, with a full-time staff of nearly 2,000 people. Meanwhile, the Cloverdale Rancheria vision languishes. The tribe has land and official sovereignty, but no state gaming compact — and no casino.

With the Koi Nation, a distinct band of Pomo people, surprising practically everyone last week with announcement of their plan to build a massive casino and resort near Shiloh Regional Park between Windsor and Santa Rosa, some wonder where their fortunes are headed.

The answer may not be determined for years.

“We’re aware of how the battle will be,” said Koi Nation Chairman Darin Beltran, as he stood beneath a line of oaks on the 68-acre property his tribe just bought for $12.3 million. “It’s important we don’t get excited. We’d be fools not to know the situation. We’re prepared.”

That battle, which has begun in earnest with vocal opposition from neighbors and at least one other local tribe, will happen within a formidable tangle of legislative, legal and financial issues, according to professor Kathryn Rand, co-director of the Institute for the Study of Tribal Gaming Law and Policy at the University of North Dakota.

“Whether you’re talking about a tribal or commercial casino, the development of a resort property is a big undertaking,” Rand said. “Big in terms of finance, but also compliance, because of how regulated the industry is. It’s no small thing to get done.”

The first challenge in front of the Koi Nation, and the one likely to remain most opaque for a while, is how to pay for a project that is expected to cost about $600 million, and calls for a 200-room hotel, six restaurant food service areas, a meeting center and spa, along with 2,500 slots and other gaming machines.

Suspicious residents of the Shiloh area and surrounding neighborhoods wonder how a tribe of just 90 enrolled members, many of them acknowledged to be of modest means, can afford that.

The Koi currently benefit from shared revenue via California tribes that have gambling centers, but they will have to bring in deep-pocketed financial partners. It’s a point of contention for the No Windsor Casino group, which formed in the past few days to combat the project in Shiloh.

“It’s Vegas money,” surmised Chris Lamela, who lives about 300 feet from the unincorporated Koi property and has emerged as the group’s spokesman.

The idea of out-of-area backers with roots in high-level gambling operations may bother some locals, but it’s unlikely to emerge as an important legal point, Rand said.

“Every casino project has investors,” she noted.

Rand said it isn’t realistic to expect any American Indian tribe to pay for major developments, considering their modern history. Most were displaced to federal lands, where they were unable to collect property taxes.

“Where I am, in the middle of the country, Indian gaming is what makes reservation communities viable,” Rand said. “I don’t mean to belittle at all how local residents feel about this project. But if you look at the bigger picture, the fact that this tribe has backers — well, it hasn’t had land since its land was taken in the 1950s. How else are they gonna do it? They can’t just have a bake sale.”

Still, the financing of a resort this size is no simple matter. The Federated Indians of Graton Rancheria found that out during their slog to get a casino built in Rohnert Park, when a national credit crisis threatened construction financing, and later when their primary investor, Nevada-based Station Casinos, declared bankruptcy.

The real challenges for Beltran and the other Koi tribal leaders, though, are likely to come in the regulatory sphere.

Bringing a major casino project to fruition is generally a two-part process. The first is getting the U.S. Department of the Interior to approve the tribe’s land-to-trust application and confirm that the development meets the requirements of the Indian Gaming Regulatory Act. The second is securing a gaming compact with the state of California.

The Koi’s odds of having the land received into trust are good, Rand believes. One reason is the change in presidential administration this year. The other is the tribe’s history.

The Koi traditionally lived on an island in Clear Lake, and on the surrounding shores. That land was taken by white newcomers in the 1870s, according to the tribe’s website. By the turn of the 20th century, Koi members had mostly settled around Santa Rosa, Windsor and Sebastopol. Congress gave them land in 1916, a 140-acre parcel between Lower Lake and Clear Lake Heights that tribal leaders now say was uninhabitable. The government transferred it out from under them, to Lake County, in 1956, leaving them essentially landless.

A D.C. district court restored the Koi’s sovereignty in a 2019 decision against the Department of the Interior. But the land-to-trust application is no gimme. 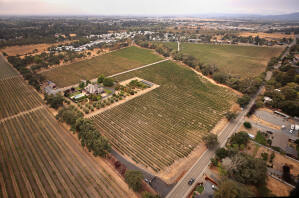 One aspect of that approval process, Rand said, involves community input. And it’s already clear there will be substantial blowback to the Koi project in Sonoma County. Part of it is coming from elected leaders such as U.S. Rep. Jared Huffman, D-San Rafael, and state Sen. Mike McGuire, D-Healdsburg, among others.

Sonoma County Supervisor James Gore, whose district includes the parcel purchased by the Koi Nation, said he is warily open to the process but is highly skeptical of the tribe’s timeline.

“Their statement said it will be a one- to two-year process for permits, and building in years three and four,” Gore said Friday. “I personally think that’s a farce, from everything we’ve seen from working with the Bureau of Indian Affairs.”

The Graton casino didn’t open until 10½ years after the rancheria first announced its proposal.

The most strident opposition to the Koi project is likely to come from private citizens. Five of them met Friday at the home of Ron and Lynn Darst, at the end of a cul-de-sac in Shiloh, just inside Windsor city limits and about one-fifth of a mile from the proposed casino, which would sit in a former vineyard in unincorporated Sonoma County.

The neighbors are convinced the casino will bring traffic, pollution, crime and lowered property values, and they worry about its effects during wildfires. Their neighborhood, they said, has been evacuated each of the past four years.

“Where the casino is going to be, if a fire is coming over the Mayacamas Mountains and the casino had to evacuate a 200-room hotel, where will they go?” Ron Darst said. “Down the road, at the intersection of (Highway) 101 and Shiloh, they could disperse. Here, it’s hard to exit. Faught Road is the only other way out, and it’s twisty and winding.”

The Graton casino faced a sustained barrage of outrage over the course of its development, too.

Residents of Rohnert Park cited many of the same issues as the Shiloh opposition, as well as accusations the project would harm the endangered tiger salamander. They protested on the sidewalk, filed at least two lawsuits and attempted to recall two members of the Rohnert Park City Council who supported the project. They delayed its opening for years but ultimately were unable to stop it.

The Koi’s experience could be different, many observers agree, because of intertribal opposition. Gore said it’s “well-known” that the Dry Creek Rancheria’s casino, River Rock in Geyserville, saw a 50-70% hit to its revenue after the Graton facility opened, and he wondered how the Dry Creek Rancheria will react to the Koi announcement. Rand argued that fierce competition in California’s saturated gaming market could lead to conflict.

Approximately 30 minutes after she said that, the Federated Indians of Graton Rancheria distributed a blistering statement formally announcing their opposition to the Koi casino, calling it “an egregious attempt at reservation shopping outside the Koi Nation’s traditional territory and within the territory of other federally recognized tribes.”

The statement argued that the tribe previously attempted to initiate similar projects in Oakland and on Mare Island.

“Our stories and traditions are tied to this cultural landscape,” Greg Sarris, the Federated Indians of Graton chairman and a professor of American Indian history, said in the statement. “Our ancestors are buried here. All of Sonoma County is Indigenous to the Southern and Southwestern Pomo language groups. Koi Nation, a Southeastern Pomo tribe, has no ties or affiliation here.”

The Koi reached out to Sarris’ tribe and offered to make them business partners in the Shiloh project, said Dino Beltran, Darin’s brother and the Koi vice chairman. He said the Graton people declined. Sarris declined an interview with The Press Democrat.

Koi families have lived in Sonoma County for several generations, but their ancestral homeland is an island in Clear Lake, and on the surrounding shores. Proximity of those homelands to a casino site is significant to the Department of the Interior, Rand said. Shiloh is about 60 miles from lower Clear Lake, seemingly a borderline case.

Even if they clear all of the hurdles in the land-to-trust process, the Beltrans would have to secure a state gaming compact. That’s a little easier to interpret, because California tends to use a template for those agreements, Rand said. But it would be another real challenge.

Standing placidly in the shade of towering oaks that were sprinkling yellow leaves, ringed by harvest-season vineyards, the Beltrans and Koi Nation secretary Judy Fast Horse seemed unlikely candidates for the coming brawl as they spoke quietly of their spirituality.

Why jump into this fray? Because the tribe has little other path to prosperity, they said. And because it’s their turn to reap the bounty of this region, even if it’s in the form of a 24/7 resort-casino.

You can reach Phil Barber at 707-521-5263 or phil.barber@pressdemocrat.com. On Twitter @Skinny_Post.