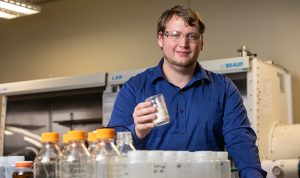 At one time, North Dakota’s lignite coal deposits were considered a liability because they didn’t burn “clean.”

Today, they’re an asset that could lead to a new industry for North Dakota.

As the United States seeks a domestic source of rare earth elements – critical for everything from defense to cell phones – scientists at the UND Institute for Energy Studies believe they’ve found an efficient, environmentally friendly way to extract them from North Dakota lignite, which is particularly rich in rare earth elements.

The U.S. Department of Energy and other sponsors are investing $6.5 million to fund a pilot plant to test that technology.

“This project’s goal is to create domestic sources of rare earth elements,” said Mike Mann, executive director of the UND Institute for Energy Studies and one of the principal investigators of the project. “We want to build a plant in North Dakota that commercializes the technology and benefits UND, the state of North Dakota, and the nation.”

“Rare earth elements are not made equally,” said Nolan Theaker, research engineer with the Institute, which is part of the College of Engineering & Mines, and the project co-investigator. “North Dakota lignite has more than other coals, and we have an advantage, because it’s relatively easy to extract.”

The 17 rare earth elements are all metals, and “rare earth metals … are used in many devices that people use every day such as computer memory, DVDs, rechargeable batteries, cell phones, catalytic converters, magnets, fluorescent lighting and much more,” Geology.com reports.

The elements “are not as ‘rare’ as their name implies,” the website continues. “However, these metals are very difficult to mine because it is unusual to find them in concentrations high enough for economical extraction.”

That’s why the days when lignite coal was sold at a discount because of its “impurities” are over. Today, those impurities add value. And as the rare earth elements are extracted, the lignite coal that’s left behind burns cleaner. 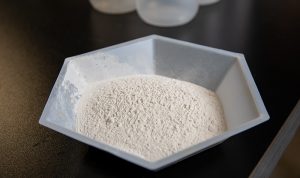 A new source of supply

“This project has the potential for a commercial plant to be built using UND technology,” said Mann. “That will benefit the state, nation, and national defense, and it could make new energy technologies available, such as electric vehicles, wind turbines and solar cells.”

The project, now in its third phase, builds on previous awards.

A 2017 award of $2.75 million enabled researchers to scale up the lab, which was funded with a prior award. The goal was to produce a 2 percent concentrate of REE from lignite. Instead, researchers exceeded the goal and were able to produce a concentrate with 65 percent of rare earth elements and other critical materials, such as valuable germanium and gallium.

There will be more research as the technology advances.

“Right now, all the rare earths are combined into a mixed concentrate,” said Theaker. “They’re not yet refined. We want to get to a saleable product, and we can do that with strong support from industry and the federal government.” 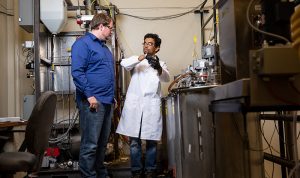 UND’s successful work on rare earth elements has led to funding for a pilot plant. Photo by Mike Hess/UND Today.

The pilot plant, which will be located in Grand Forks County, will be able to process a quarter-ton of lignite per hour, yielding one to two tons per year of rare earth elements, said Mann.

The process, which is both patented and patent pending, is an environmentally friendly chemical extraction that leaves higher quality lignite behind.

“We mix coal in tanks with chemicals, filter the coal out, filter the solids, rinse and repeat,” said Mann of the proprietary process.

“This technology creates a ‘value chain,’” said Mann. “It takes the lignite, extracts rare earth elements — which are of considerable value — and returns lignite that has higher value. Our goal is to commercialize the technology and get a company involved to build a facility in North Dakota. Our success will be measured by a plant that processes rare earth elements in the state.” 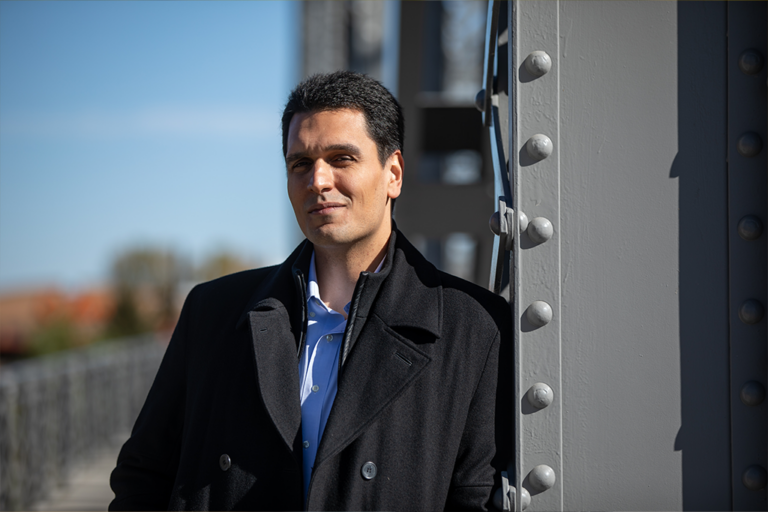 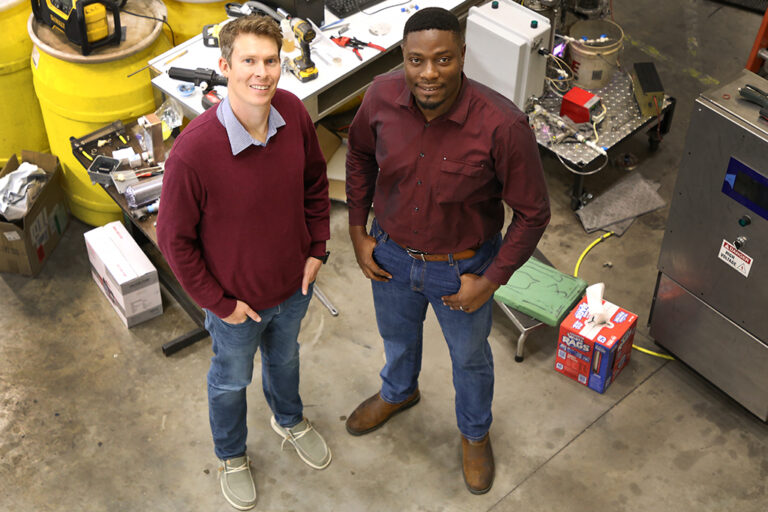 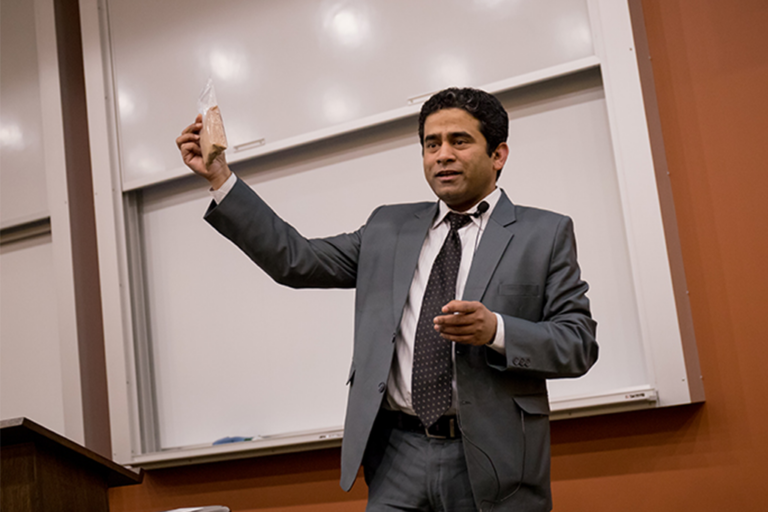