UND Economist David Flynn on oil prices, the coronavirus and the N.D. economy Editor’s note: David Flynn is professor and chair of the Department of Economics and Finance at UND. In this Q&A, he talks with UND Today about the coronavirus and its impact on the North Dakota economy.

The transcript has been edited for clarity.

What are your initial thoughts about COVID-19’s effect on the local and regional economy? Because back during that event, as you’ll recall, there were entire segments of the Grand Forks economy that were essentially shut down. And one of the key takeaways from that experience is that it took a significant amount of time for Grand Forks as a community to recover.

We will not have the infrastructure damage that the flood left behind. But we will have the economic effects of a shutdown — and perhaps psychological effects as well.

Obviously, my expertise is in economics, but psychological recovery very likely will be an issue. In fact, I think there’s going to be a concern for the country as far as a collective “post traumatic stress” response to this.

What kind of economic-recovery timeline does the Grand Forks flood experience suggest?

Economically, when you look at what happened in Grand Forks, it took the better part of 10 years for the ripple effects of all these different flood-related issues to move through the economy. For example, you had stores reopening; but in some cases, the store’s key customers were the people who decided to leave the area after the flood. That meant the stores had to update their product lines for what the new consumers wanted in the area, and some of those stores did that more successfully than others.

The point is that the situation in Grand Forks was different post-flood. It had changed, and people then had to adjust to the change, which took time — in the case of the flood, some 10 years.

So in some ways, that could speed any kind of eventual recovery from this.

Because of its remoteness, and judging by our comparatively few cases of COVID-19 to date, might the economic impact of the coronavirus on North Dakota be less than elsewhere?

While some people are suggesting that, I’m less confident of it, and for a number of reasons.

First, my concern is that, as the governor has recognized, we haven’t done enough testing. So, that means we just don’t know how widespread the disease is. And then of course, now that students from other states are returning home, we’re bringing people back from lots of different places who may have had lots of different exposures.

Also, as I think we’re finding out — and as Dr. Joshua Wynne, UND’s interim president, has highlighted — this virus seems to be more virulent than a lot of people had anticipated. It’s just so highly communicable that it’s really difficult to get a bead on how much we’ve got going on right now.

Second, the complicating factor for North Dakota is the sharp drop in oil prices. So, there already was some cause for concern for the state’s economy, in that the Eastern part of the state saw taxable sales and purchases decline from 2018 into 2019, while the Western part at that time was doing fine.

Now, the bigger concern that I have is that, even if the Eastern part of the state — your Cass County, your Grand Forks County, for example — had started to do better from 2019 into 2020, we’re not only getting this coronavirus impact today, but also, low oil prices are going to put a crimp on Western North Dakota’s taxable sales and purchases, too.

Unfortunately, that’s a recipe for a lot of sales tax problems and GDP (gross domestic product) problems in the state. Moreover, when you look at what our economy is focused on — oil, ag products, the commodity-based markets — we’re very much subject to global volatility, and global situations that are well beyond our control. And that can cost us a great deal of output, too, if the oil-price and coronavirus issues don’t get resolved.

I’m guessing UND Today readers will be eager to hear any good news!

The good news is that recovery may not take as long as people expect, even at the Grand Forks level, because we have so much more online capability than we did in the past. Just think of what UND had to do the last time it faced a similar circumstance: the 1997 flood.

I wasn’t here at the time, but my understanding is that students were given an option: you could take your grade as it stood — essentially, your midterm grade became your grade — or you could take an exam, submit a project or undergo some other kind of assessment to potentially raise your grade.

Today, we have online instruction — and while it’s an imperfect substitute, it is a viable one. We now have all kinds of online tools to allow for faculty/student interaction. I’ve been teaching a forecasting class to a mix of graduate students and upper-level undergraduates, and you wouldn’t believe the number of messages we’ve been exchanging over Slack.

Slack, by the way, is a social media platform that’s designed for workplaces. I use it for class discussions, both for online and on-campus students.

Plus, we’ve got Zoom where you can do face-to-face communication with students, and other platforms on which you can record lectures and deploy them and then do discussion.

So a core element of the business of the university — teaching students — will be able to continue on. Furthermore, more and more businesses are going to move in in these directions, too, and have these capabilities.

And as that happens, you’re saying, some of those evolutions are going to become our new norms.

Exactly. It’ll be an adjustment. It’ll be a change. It’ll be different than what we’ve seen before. So this means it’ll be disruptive in some ways, but that’s the nature of the modern world.

And you know, we’re a very entrepreneurial and innovative group in Grand Forks, in North Dakota and in the United States as a whole. So, I think once the initial shock — and I feel like we’re still in the initial-shock phase in all of this — fades, we’ll find ways around this. We’ll find ways to deal with it, and we’ll be able to make progress going forward.

And we’ll make improvements going forward that mean if something similar happens again, people won’t necessarily be as surprised or disrupted as we were this time around.

You know, economics is called “The Dismal Science,” and as an economist who studies natural disasters, I should be doubly cursed. I double down on the gloom, in other words.

But I’m actually a very optimistic person, because my experience teaches me that we make the necessary adjustments and developments and go forward. Obviously, loss of life is tragic, and I’m not at all trying to make light of that. But what we’re talking about here is that very often in our society, crises do help bring about positive changes in people’s approaches to things and create great innovations. 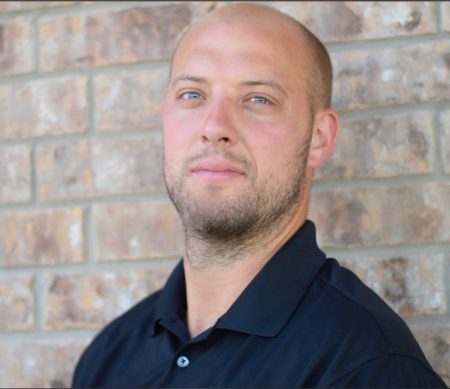 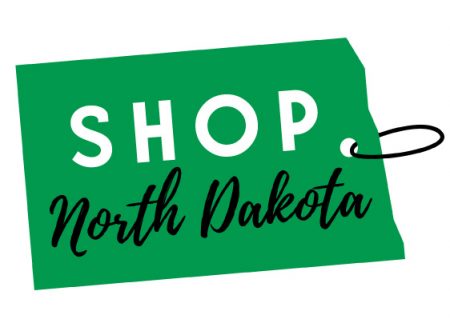