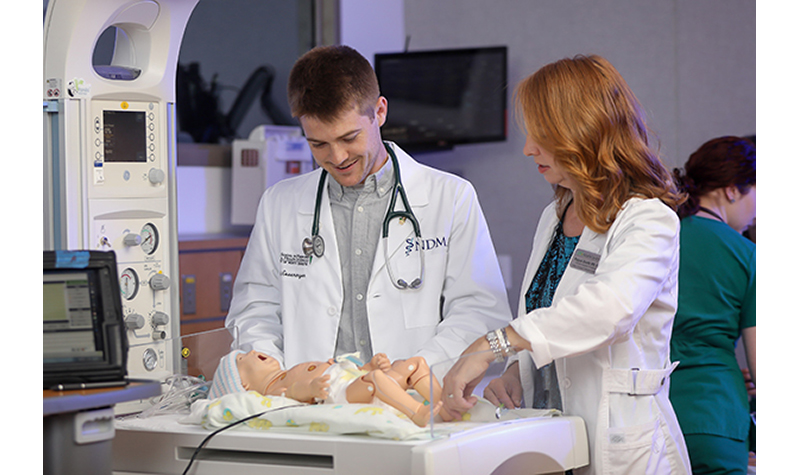 The North Dakota Fetal Alcohol Syndrome Center at the UND School of Medicine & Health Sciences (SMHS) has released its “Report to North Dakota on Fetal Alcohol Exposure and Fetal Alcohol Spectrum Disorders (FASD).” The report, the third of its kind to be produced by the Center, will be delivered to health and social service agencies across the state, including hospitals, public health departments, and state health agencies.

Drawing on data from dozens of peer-reviewed FASD studies, some of which were developed in collaboration with SMHS students, the report notes that more than 3,000 women reported using alcohol while pregnant in North Dakota in 2017.

According to the most recent figures from the Centers for Disease Control and Prevention, only Wisconsin and the District of Columbia reported a higher rate of alcohol use among women of childbearing age than North Dakota. In the U.S., as many as 16 percent of women with no history of alcohol dependence drink alcohol in the ninth month of pregnancy.

Another study on the economic cost of FASD, written in part by SMHS medical students Jacob Greenmyer and Cassondra Kambeitz and published in the Journal of Addiction Medicine in 2018, notes that children with FASD end up costing states like North Dakota an estimated $22,810 annually each. On an annual basis, adults with FASD cost the state $24,308 each.

“These data demonstrate the need for a more systematic approach to screening for prenatal alcohol exposure during prenatal care,” said Larry Burd, PhD, director of the ND FAS Center at the SMHS and author of the new report. “And we need to do a better job of following up with these women after the delivery of their babies and during their well-child care visits.”

FASD is a term describing the range of effects that can occur in an individual whose mother drank alcohol during pregnancy. Conditions on the spectrum include Fetal Alcohol Syndrome and Alcohol-Related Neurodevelopmental Disorders. Potential effects of these disorders include physical, mental, behavioral, and learning problems such as: growth deficiency, intellectual disabilities, central nervous system abnormalities, and minor facial anomalies (e.g., small eyes, thin upper lip).

“I’m concerned that in our response to the opioid epidemic—which is a serious issue—we may have lost sight of the more common and more severe effects of alcohol use during pregnancy,” added Burd, noting that for every baby in North Dakota requiring treatment for neonatal opioid withdrawal syndrome, several cases of FASD occur.