From the Dean: Match Day! 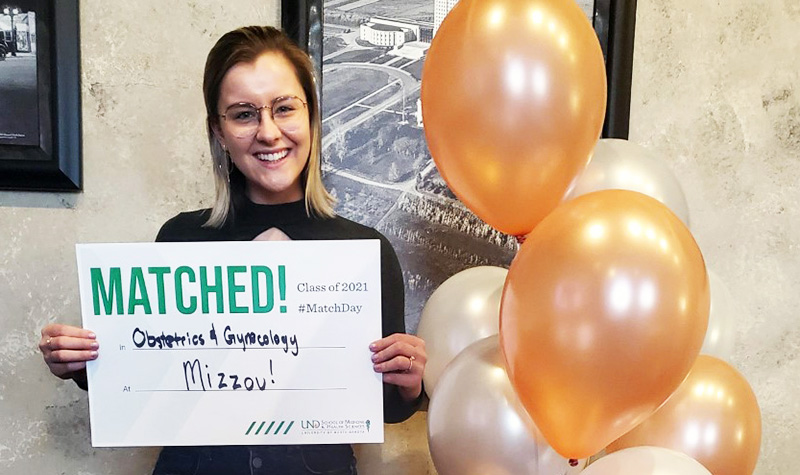 Today is Match Day! At noon today (EDT), some 42,000 medical students across the U.S. and indeed the world – and especially our own UND SMHS senior medical students – will learn where they will be doing their residency training following graduation from medical school. Residency training is required for state licensure, and lasts from three to five or more years, depending on specialty. In my field of cardiology, for example, typical post-medical school training consists of three years in internal medicine and then three to four years in cardiology. For surgery, the typical residency is five years. For students who sub-specialize (for example, a surgical resident who subsequently goes into cardiothoracic surgery), there is additional training required. Where you train has a significant impact on one’s subsequent medical career, including where one practices. We know, for example, that if a student goes to UND for medical school and then does an in-state residency, the likelihood of that student remaining in North Dakota for subsequent clinical practice is pretty high.

Most of our students have, in the past, been pretty satisfied with their residency matches, and most are matched with one of their top – if not the top – choices. We expect the same will occur this year. Match Day always is associated with considerable excitement – and some anxiety – as the noon hour approaches (actually, 11:00 a.m. here in North Dakota!). I remember my own Match Day many years ago, and I distinctly remember the bubbling emotions I had as I opened my match letter. I was extremely pleased with my own match – at the then-Peter Bent Brigham Hospital (now Brigham and Women’s, part of the Mass General Brigham integrated health care system), one of the major teaching hospitals at Harvard Medical School. As I reflect back to my residency class, it is striking as to how much some things have changed. Most striking of all was the composition of my class – 13 men and one woman! As you probably know, medical schools (including ours) now (finally!) are composed of just as many women as men.

I know you will join me in wishing our medical students all the best on Match Day. We will share the match list later today once we get it from the National Residency Matching Program, the organization that actually carries out the matching of students and residency programs. We also look forward to welcoming back prior graduates who have been out-of-state as well as medical students from other states who match in one of our in-state residency programs. We’re very glad to have them join our residencies, and, hopefully, to practice in North Dakota after residency. Best wishes to all!

Finally, congratulations to all involved in the seventh annual Epigenetics and Epigenomics Symposium that was held virtually on March 15 and 16, 2022. There were a wide variety of participants from around the region, including North Dakota, South Dakota, Minnesota, Montana, Nebraska, and Manitoba.

The symposium was sponsored by UND’s Center for Biomedical Research Excellence (CoBRE), which is funded by the National Institutes of Health, to promote collaboration among researchers and strengthen research infrastructure at biomedical research institutions. The purpose of the symposium was to bring nationally recognized experts in biomedical sciences to share their work as well as to highlight the research being accomplished at UND and the SMHS. Invited guest speakers included Dr. Peter Lewis (University of Wisconsin – Madison), Dr. Kevin Gardner (Columbia University), Dr. Makiko Iwafuchi (Cincinnati Children’s Hospital), and Dr. Kamesh Surendran (Sanford Research).

Based on the discussions and interactions that I heard and saw, I think the symposium was a great success, even given its virtual structure. In fact, there were some advantages to being virtual, perhaps most of all being that a given guest speaker didn’t have to spend hours and hours traveling but could participate from their location. For example, when Dr. Gardner presented, he did so from New York City where he is based (at Columbia University). I just checked the Delta Airlines site, and a trip on the airline from New York to Grand Forks is about five hours each way, not including travel to and from the airport. So, coming to give an hour talk in person probably entails a two-day trip in all likelihood. Maybe one aspect of the pandemic that has been positive is how it sometimes is changing the way we do certain things for the better. Food for thought in any event. 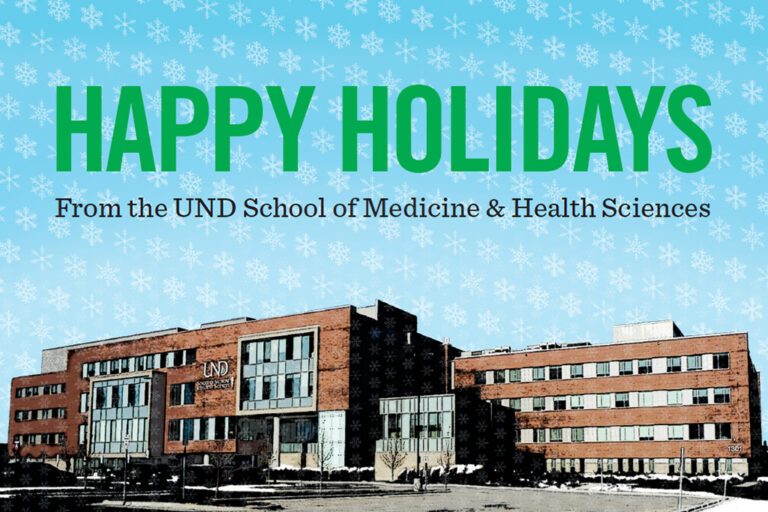 From the Dean: ‘Tis the season 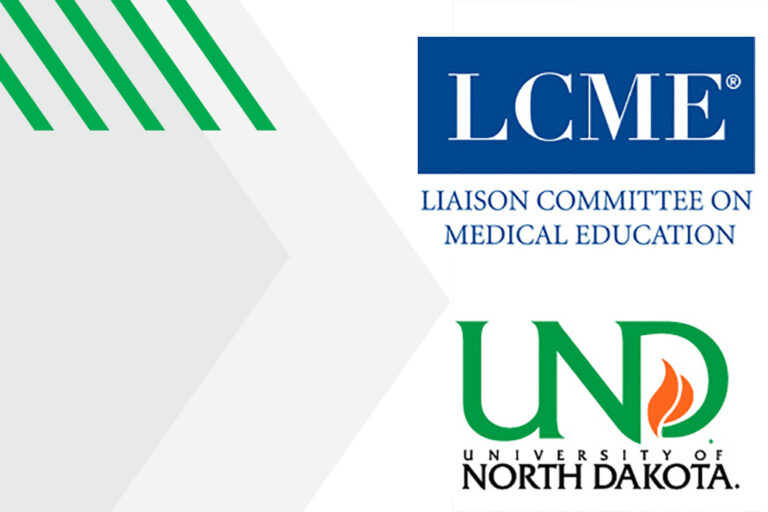 From the Dean: Our LCME reaccreditation is official!