As you may remember from prior columns, a few years ago I was asked by Gov. Doug Burgum to head up a working group charged with developing a Strategic Plan for Health for the state of North Dakota, with the goal of making North Dakotans the healthiest people in the country. As Chief Health Strategist for the state, I worked with a wonderful team that produced a great blueprint for health that has subsequently been adopted and incorporated into planning by the North Dakota Department of Health (now part of the North Dakota Department of Human Services headed by Chris Jones). In the course of the development of the plan, our team interviewed many healthcare thought leaders both in-state and from across the country. One of the people we interviewed – Dr. Sandro Galea, Robert A. Knox Professor and dean of the Boston University School of Public Health – was especially thoughtful and insightful with his comments and suggestions. He recently authored an excellent perspective on public health policy issues – specifically masking – in conjunction with co-author Dr. Sarah Dupont of Emory University School of Medicine. The perspective was published in the Sept. 8 issue of the New England Journal of Medicine (N Engl J Med 2022; 387:865-867. DOI: 10.1056/NEJMp2207670) and it makes for excellent reading.

The authors examine the dynamics and tradeoffs involved in addressing perhaps the fundamental issue in public health – namely, how to balance the importance of individual freedoms with the need at times to restrict those freedoms in service of the public good. They use the example of masking during the COVID-19 pandemic to explore this dynamic tension, but their analysis provides an appropriate framework for looking at this balancing act in many other public health settings.

They start their discussion with perhaps the fundamental legal case of all time regarding the right of the state to implement public health requirements and restrictions, the 1905 Supreme Court decision in Jacobson v. Massachusetts. In that landmark case, the Court determined that the state could indeed compel individuals to give up some personal liberty and become vaccinated against smallpox in order to protect the community at large against this deadly disease.

Parenthetically, there is one setting where most of us I’m sure would support the power of the state to compel action that unequivocally restricts individual freedom and in fact can put the very existence of the individual at risk, and that’s in the armed forces of the United States. Those who proudly serve the citizens of America often are putting their lives in jeopardy – all in service of the public good. I distinctly recall that day in October 1973 when while serving as a Battalion Surgeon in the Republic of Korea for the U.S. Army, I learned that then-President Nixon had elevated the U.S. Armed Forces defensive readiness condition (DEFCON) to DEFCON level 3 (which is just two levels below that when nuclear war is either imminent or has begun)! At my base, we had no idea what was going on or whether we shortly would be in combat with invading North Koreans. It turned out that the conflict was far way in the Middle East on the occasion of the Yom Kippur War. But sleeping that night in my combat fatigues, thousands of miles from my family, and at risk of dying for my country, I was acutely aware of the power of the state over me in service of the well-being of millions of Americans.

What Dupont and Galea posit in their case study of the controversy regarding masking during the pandemic is that two major factors resulted in what has become a destructive arm-wrestle between those who say that masking mandates are an overreach on individual freedom and those who castigated and belittled those who resisted masking: 1) the need early in the pandemic for public health officials to make rapid decisions often without good scientific data because this pandemic behaved in any number of unanticipated ways and compelled rapid decision-making without sufficient time for a full and robust public discussion; and 2) the subsequent lack of civil and respectful debate and discussion about the issues, which, as they put it, was “drowned out by absolutist language on both sides of the debate.”

What they suggest going forward is the acknowledgement that future decisions about this (and subsequent) pandemics will require much more recognition of the complex balancing act involved; they ask public health leaders to stop suggesting that “nuanced questions have universally correct answers.” They also call for more and better “public engagement to inform decision making.” This last point, I believe, is spot on, and something that we need to develop in North Dakota – namely, a better process to engage the public in a productive discussion of public health (and other) issues that impact them and their communities. I’d welcome any feedback on how you think this might be best achieved.

Speaking of decision making for the health of North Dakotans, our decision to push forward on a new pediatric residency program in North Dakota has paid off. The new Fargo-based residency, which will be directed by Dr. Christopher Tiongson, has been approved! This three-year post-graduate program is the first such residency in North Dakota and will go a long way to improve both pediatric medicine in the state, and, we hope, increase the number of pediatricians practicing in North Dakota.

Finally, yesterday we held our thirteenth annual “Joggin’ with Josh” event as I joined dozens of colleagues (faculty, staff, students, and friends) for a 5 or 10K jog/walk/crawl around the neighborhood surrounding the UND SMHS building in Grand Forks. While the weather was a little chilly, warmth and enthusiasm flowed from the assembled crowd. If you didn’t have a chance to join us, maybe you can do so next September. We look forward to welcoming you! 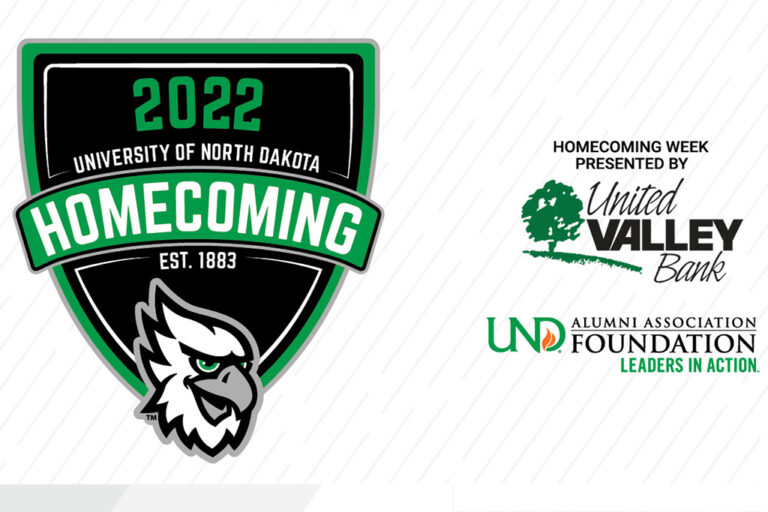 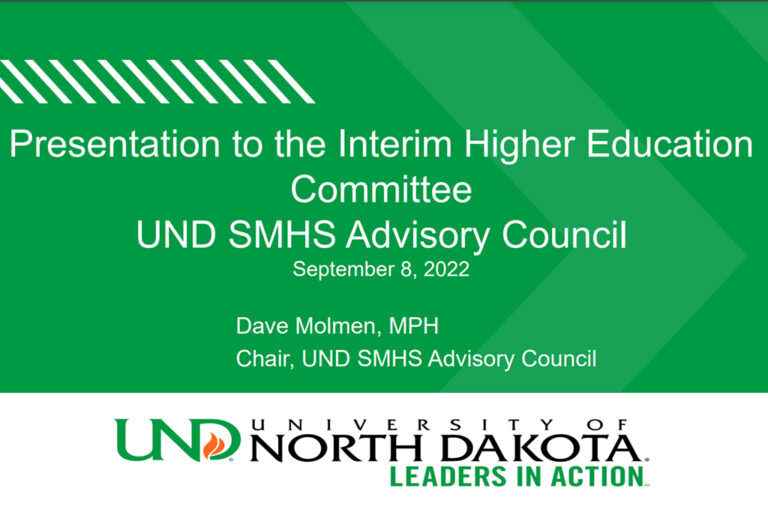