‘Excellence in Flight,’ together UND now is creating partnerships across the aviation industry worldwide, an announcement on Monday confirmed.

For the first time, the University’s aviation program will have a career pathway established with an internationally based airline.

Representatives of Korean Air were at the John D. Odegard School of Aerospace Sciences to sign an agreement, making official a program connecting an increasing number of South Korean aviation students at UND to careers in their home country.

“I would like to express my sincere appreciation for UND’s support to our Korean students,” said Byung Il Yoon, vice president of Korean Air’s Flight Crew Training Center, who signed the agreement with Paul Lindseth, dean of the Odegard School. “This Pathway program will be a good chance for Korean Air to recruit well-trained pilots.

“So many Korean students want to become pilots, and I’m sure more will apply to UND in the future.”

“It’s a distinct pleasure to have this first signing with an international air carrier at the Odegard School,” Lindseth said. “This is a significant event and it shows, once again, the importance of what we do here at UND and in our aviation programs.” Yoon said he looks forward to increased enrollment of Korean students at UND Aerospace and recruiting more well-trained and professionally prepared pilots for Korean Air, a company whose slogan is ‘Excellence in Flight.’ Photo by Connor Murphy/UND Today.

This partnership came amid an influx of Korean students pursuing commercial aviation degrees at UND. Chester Fritz Distinguished Professor Kent Lovelace, director of industry relations, said Korean Air has been aware of the movement for the past four or five years. The current number of enrolled Korean students at UND is close to 80.

A dozen or so students came to the signing ceremony hosted in Robin Hall, and stayed afterward for a meeting with Korean Air representatives.

Asked how the Pathway opportunity came about, Lindseth cited name recognition and UND’s growing presence in Asian aviation markets. For instance, Air China and All Nippon Airways, in China and Japan, respectively, contract with the UND Aerospace Foundation for training.

And, as UND Today has reported, Korea Aerospace University hosts an ongoing summer exchange with UND. Aviation professors have gone across the globe to teach courses at South Korea’s largest flight school, and UND students have had the chance to take those courses and have them count toward their degrees.

“There is a demand for high-quality training worldwide,” Lindseth said. “Our reputation is out there, and that’s why they seek us out. Also, [Korean] students have had a good experience here. Word has been able to spread about the quality at UND.”

Yoon said that while Korean Air’s policy is to interview all of its applicants, the company trusts that pilots trained by UND are going to be well-versed in the basics and proficient professionals.

“Airmanship and professionalism – those are the key points for a pilot,” Yoon said. Min Jung Oh, alongside Yoon, spoke to a group of Korean students following the signing event. He said South Korea’s airline industry has grown significantly in the past 10 years, which has led to more students coming to the United States for training. UND now enrolls close to 80 Korean students in aviation. Photo by Connor Murphy/UND Today.

Korean Air’s Pathway program requires that students in the commercial aviation program get their commercial license, go through an interview process and be hired as a certified flight instructor at UND. According to the memorandum of understanding, students need to work three semesters at UND as instructors. The total flight time ends up being around 1,000 hours, which is a minimum for Korean Air.

“We would like pilots to have more than that, but it’s up to them beyond 1,000,” said Min Jung Oh, a Boeing 787 captain for Korean Air. “They come to us when they think they are ready. We’ll always be in contact with them when there are openings.”

Essentially, if the students want to pursue graduate degrees or higher levels of training, it’s their choice. The Pathway has also been established with Embry-Riddle Aeronautical University, where Oh trained and earned his degree. He’s been flying with Korean Air for 20 years.

The experienced captain said that until around 10 years ago, South Korea had only a couple of airlines. Then localities started to establish their own lines, one after another. With the aviation business growing so fast, students eager to train as pilots wondered where to go for training. Oh said with the new partnership established, UND has a good chance to increase its reputation among Korean aviators and draw increased enrollment.

“The quality of an airline comes from people – it’s a service,” Oh said. “So we want to find better pilots. We want pilots with good backgrounds and good training, and we find that at universities such as UND.”

He continued by saying Korean Air has been steady in its numbers, but with a forecasted growth in the number of aircraft over the next five years, and with retirements looming, the company wants quality pilots ready to fill positions.

“You can tell this is a big school that has seen a lot of investment,” said Oh of UND. “What we’re looking for is growth and change. When things stay the same, you’re going backward. Universities have to adapt to the current business, and that’s what I see at UND. You guys are working on the future, and I’m impressed.” 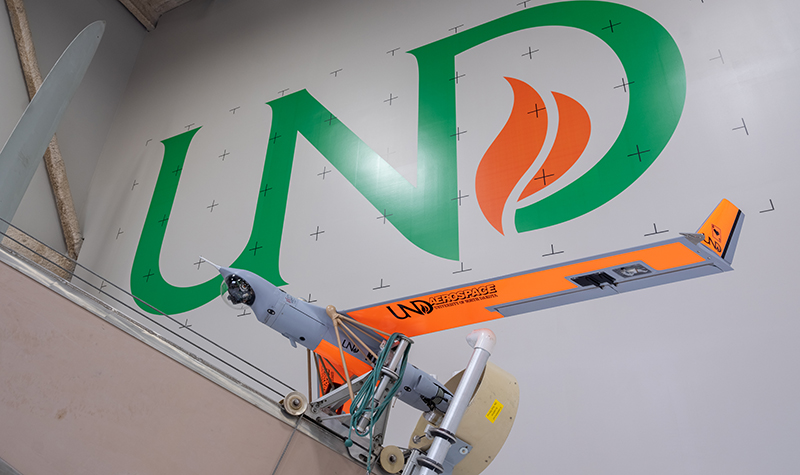 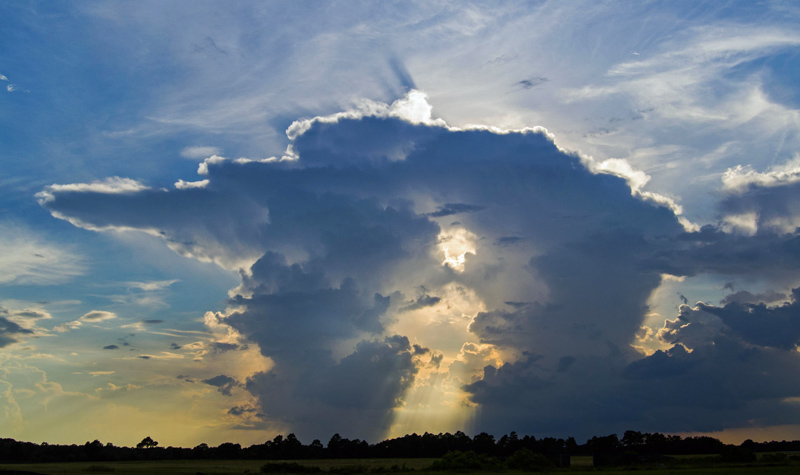 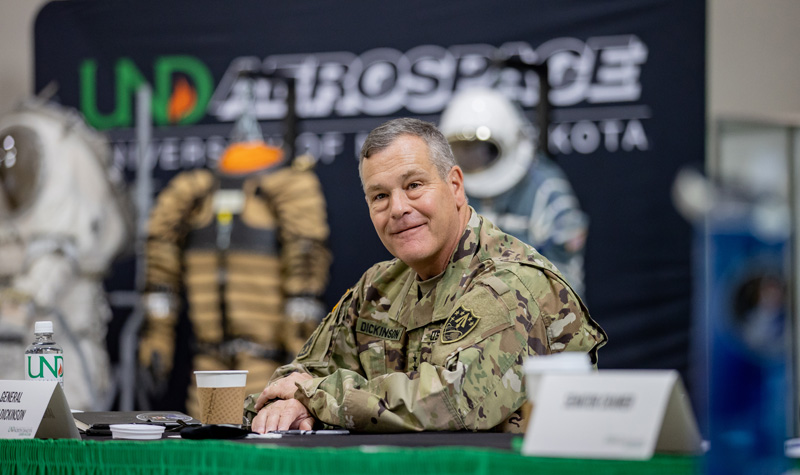