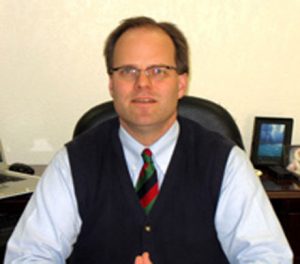 Grand Forks is set to have a new city attorney.

Shortly after Brandon Bochenski is sworn in as mayor on Tuesday, City Council members are scheduled to consider affirming Bochenski’s plan to make Dan Gaustad the city’s legal counsel.

Bochenski asked Gaustad to be the city’s new attorney last week, Gaustad told the Herald, and they had spoken a handful of times before then. Gaustad said most of his work over the past 10 to 15 years has been representing govenment bodies after they’ve been sued.

Gaustad’s profile on his law firm’s website lists “commercial/business” and “real estate” among his other legal practice areas.

Bochenski, a developer himself, hopes to cap property value increases at 2.5%, which one of his political opponents – and some city finance staff – said isn’t legally possible. Gaustad said he hasn’t reviewed that issue and that he and Bochenski haven’t spoken about it specifically.

Bochenski did not immediately return a Herald request for comment on Tuesday afternoon.

Gaustad is from Grafton and received his bachelor’s degree and juris doctorate from UND in 1989 and 1994, respectively. He is a partner at Pearson Christensen law firm, which is headquartered about one block from Grand Forks City Hall.

The contract with Gaustad and his firm will cost the city about $257,000 annually.