Students will study kinesiology, communication, business and computer science, among other topics, in pursuit of new degree 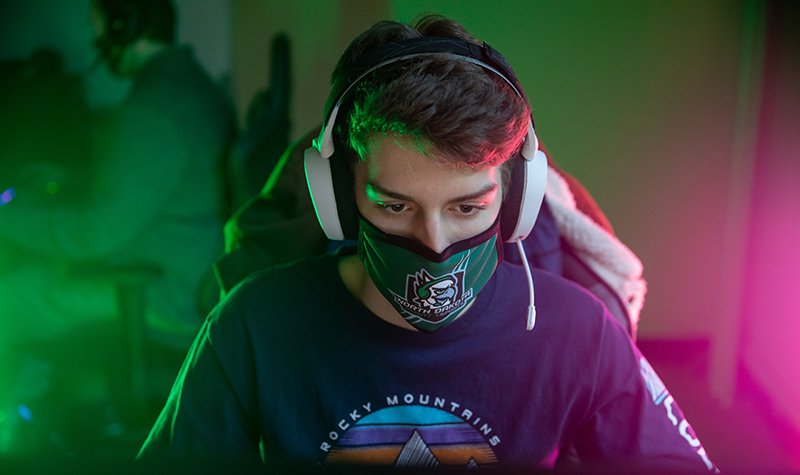 This fall, the University of North Dakota will be the first among North Dakota’s colleges and universities to offer a Bachelor of Science in Esports, following recent approval by the State Board of Higher Education.

This undergraduate degree program, which focuses on competitive gaming, arrives after two years of esports activity and development at the University, including the establishment of North Dakota Varsity Esports – which features students competing against peers across multiple game titles – as well as the introduction of an Esports Coaching minor in fall 2020.

Both the esports major and minor are housed in the College of Education & Human Development’s Department of Kinesiology under Sandra Moritz, program director and professor of kinesiology and public health education.

The major will be offered online and on-campus following its fall semester launch.

“Esports is a booming industry,” Moritz said. “Competitive gaming is something that is here to stay, and there are many career areas in the field – everything from playing to coaching to broadcasting. Our program is drawing from a variety of departments to create an all-inclusive approach for this degree.”

Eric Link, UND provost and vice president for academic affairs, said the academic esports program represents a bold addition to an already outstanding array of both undergraduate and graduate programs available at the University.

“The new major in esports at UND is the first of its kind in North Dakota,” Link said. “This interdisciplinary degree program is innovative, challenging and at the cutting edge of new developments in academic programming across the country.

“We are really excited to be able to offer this academic option to the students of North Dakota and beyond.”

From the perspective of a sports psychologist, there’s not as much distance between traditional athletics and competitive gaming as one might assume, Moritz said.

“In esports, physical health and wellness matter,” she continued. “Players go through the ups and downs associated with wins and losses, as well as psychological issues such as confidence, anxiety and burnout associated with the thrill of playing and emotions of losing.”

Students enrolled in the esports major will also examine topics such as biomechanics, exercise physiology and motor learning as part of the core course load, among other sports-adjacent studies. Such courses will help tie gaming performance and esports coaching with well-established practices in the traditional sports world.

“From a personal and professional standpoint, I was totally ‘game on’ when it came to bringing esports into the fold,” Moritz said.

Including other departments and colleges in the major is needed to address the breadth of the esports industry. Beyond the actual playing of video games, success in esports also demands business, communication and computer science skills.

“I couldn’t tell you much from a kinesiology standpoint about how to build a PC gaming system,” Moritz said. “And the fact that it is all online really opens the door for social media; people are streaming their gameplay, so there are a lot of things happening in the space where communication studies becomes important.”

On the business side, esports students can choose to study administration, risk management, economics, sponsorship and event planning, among other sports business courses offered at UND’s College of Business & Public Administration. Moritz plans to welcome additional campus collaborations for the esports program as career possibilities expand, she said. 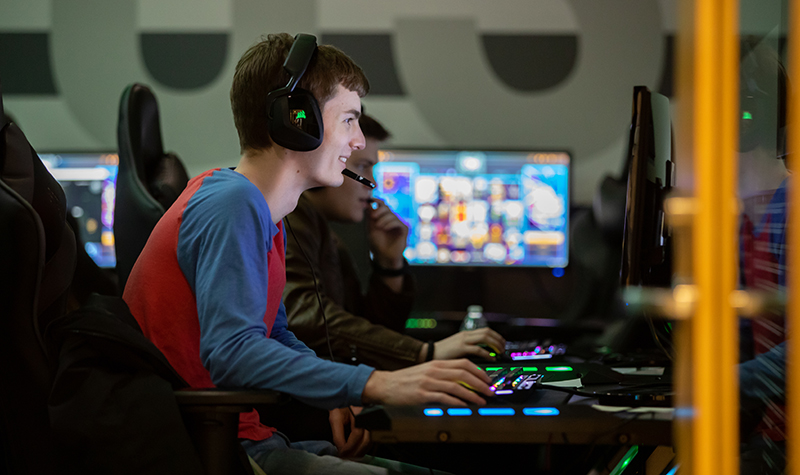 In November, the program earned its first trophy after the League of Legends team took 3rd Place at the Collegiate Champions League Midwest Invitational held in Madison, S.D.

“One could see the esports undergraduate degree being the rising tide that lifts all boats within UND’s esports community,” Isbell said. “As students grow and learn within their passion, they can apply principles learned in the classroom to their gaming activities, thereby creating a culture that will organically grow and develop into a strong grassroots movement for esports at UND.”

Isbell sees a bright future for eventual alumni in the same way. As the academic program grows, it will have a larger pool of professionals to reach via internships and other development opportunities, he said. Through its leadership in the region, UND is poised to make an impact on the North American esports scene at-large.

“In my opinion, UND has been a place that believes in experience being the best teacher,” Isbell remarked. “That’s what excites me most about this new undergraduate esports program. UND sits at a pivotal place to train the next generation of esports professionals that will make a difference for years to come.”