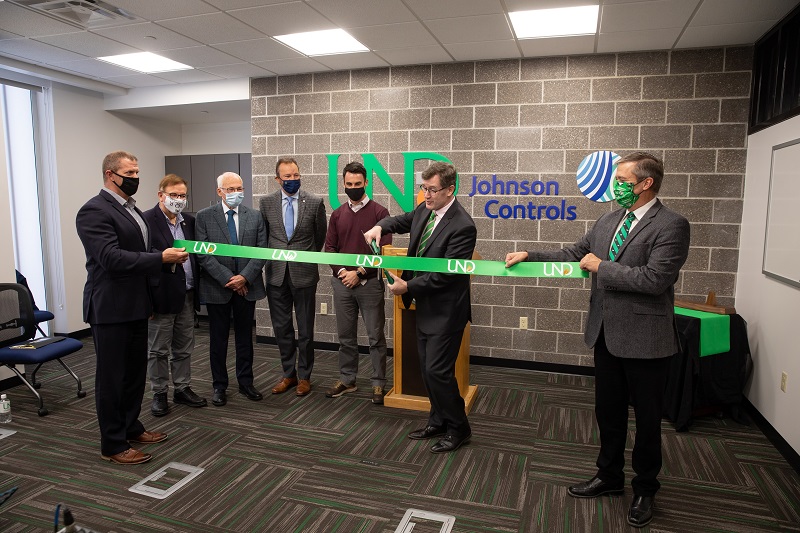 Tucked into a remote corner of the UND campus is a new, warehouse-sized building — a building that, though outwardly nondescript, was described by a North Dakota state representative on Wednesday as “a cornerstone of the entire university system.”

A North Dakota state senator at the building’s ribbon-cutting, on Wednesday, Oct. 14, shared that excitement, congratulating UND “for a job well done.” And in a letter read at the ceremony, North Dakota Gov. Doug Burgum agreed, saying the building’s construction on campus resulted from “a uniquely successful model for facility management.

“And we are extremely grateful for your efforts,” the governor continued.

The building in question is the University’s new steam plant: a $75 million facility built at no cost to North Dakota taxpayers, thanks to a public-private partnership.

Through a 40-year partnership with the University, Johnson Controls designed, built and will operate the new steam plant, transforming the way steam is generated and used throughout campus. 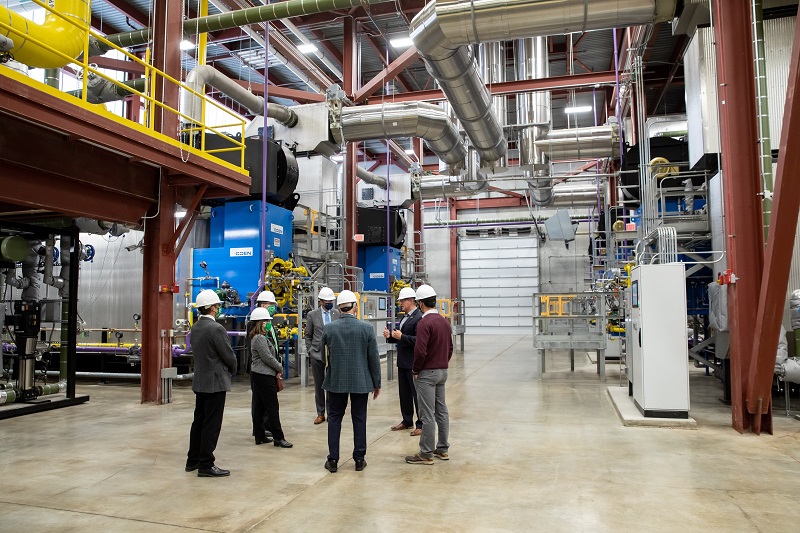 Among other benefits, the new plant will be fueled by natural gas, not coal as had been the case in the previous, century-old facility. “On this day, we can proudly proclaim that UND is contributing to the national effort to lower greenhouse gas emissions,” UND President Andrew Armacost said at Wednesday’s ribbon-cutting.

“The University’s new steam plant will reduce these emissions by some 40,000 metric tons of CO2 each year, equal to the carbon stored in 74 square miles of forest.”

At the old plant, key components were so old that replacements had to be custom made. In contrast, the new facility “is state of the art,” said Charles McGinnis, vice president of sales for Johnson Controls, in a video shown during the ceremony.

“You couldn’t have a more dramatic change. There’s a control room that’s state of the art; all the automation is incredible.”

And of course, the goal of that technology is a plant that delivers heat trouble-free. “It should be unseen and unheard,” Johnson Controls Business Development Manager Jake Terzo said in the video, “and not a concern and not a distraction to University leadership, so they can focus on what they do best: educating students and providing an environment where students and faculty and staff can thrive.”

But perhaps the most notable of the building’s achievements is the way it’s being paid for. Because as mentioned, the University — in setting up the public-private partnership — found a way to get a brand-new piece of campus infrastructure built at no cost to the state.

Through the partnership, Johnson Controls will pay off the cost of the building by selling steam to the university. UND, for its part, will pay for that steam through the University’s normal operating budget.

“I view it as a cornerstone of the entire university system,” Sanford said at the ribbon-cutting.

Back in 2014-15, a pair of studies by Sanford’s committee painted a bleak picture of North Dakota University System facilities. The studies found most of the facilities systemwide to be in only “fair,” “poor” or “replace” condition. Furthermore, the cost of catching up could reach $400 million per biennium “for numerous biennia,” Sanford said.

But of all of the system’s campuses, UND has led the way in creatively addressing that problem, Sanford said. In particular, and in an approach that could be a model for the entire NDUS, the University is using several funding models for its biggest projects.

“So, for example, just go down and look at the campus right now,” Sanford said. Here are some of the financing models that one would find:

And we have this tremendous project here, the Three Ps: the steam plant,” built via a public-private partnership, Sanford said.

“So, thank you to Johnson Controls for being a part of this,” he concluded.

“And thank you to the University of North Dakota for leading the way for higher ed, as we deal with these issues of taking care of our facilities.”

“What we’ve done in the past is perhaps not the way or the relevant model for higher education facilities in the future,” Holmberg said at the ribbon-cutting.

Holmberg thanked UND and Johnson Controls “for thinking outside of the box, and supporting the concept that state resources should be focused on the classroom and research, not on a project that the private sector was willing to fund. …

“My message to the rest of the North Dakota University System is simply, ‘Look and learn.’”

In his letter that was read at the ceremony, North Dakota Gov. Burgum summed the occasion up. “The dedication today is not simply about replacing a 100-year-old steam plant,” Burgum wrote.

“It is a reflection of innovative problem solving, robust collaboration and visionary leadership, the result of which will benefit generations of North Dakotans.” Thank you, congratulations  and best wishes for successful operations, the governor concluded. 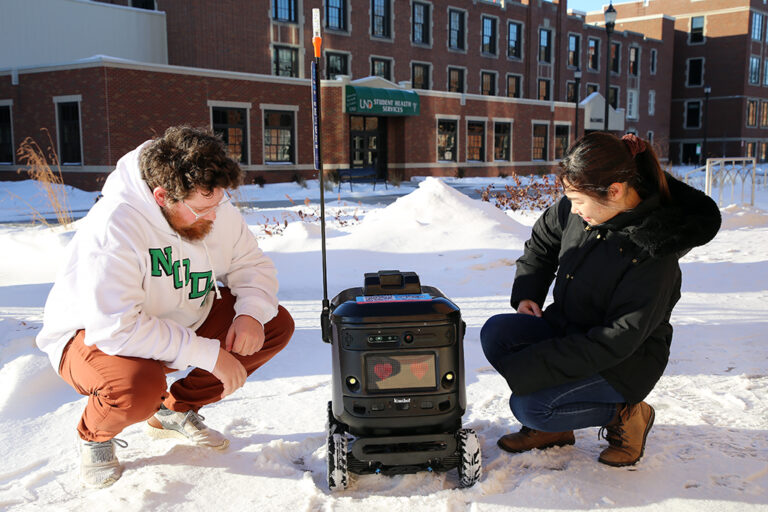 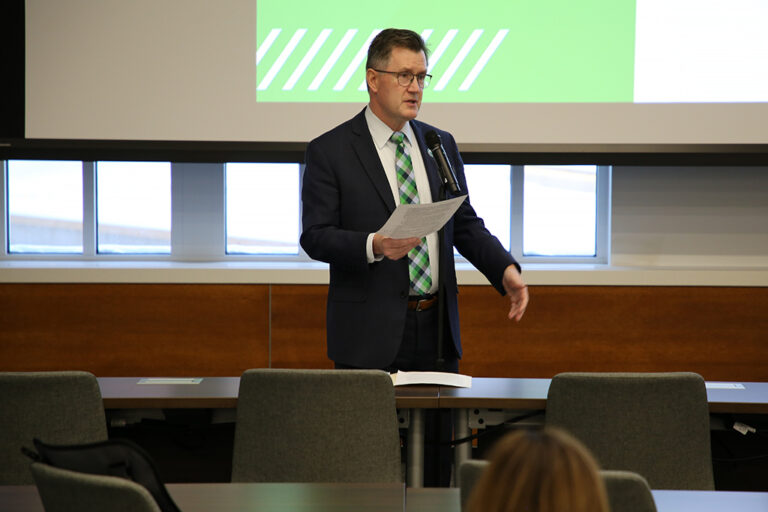 University Council gets ‘Year of Gratitude’ recap from deans, president