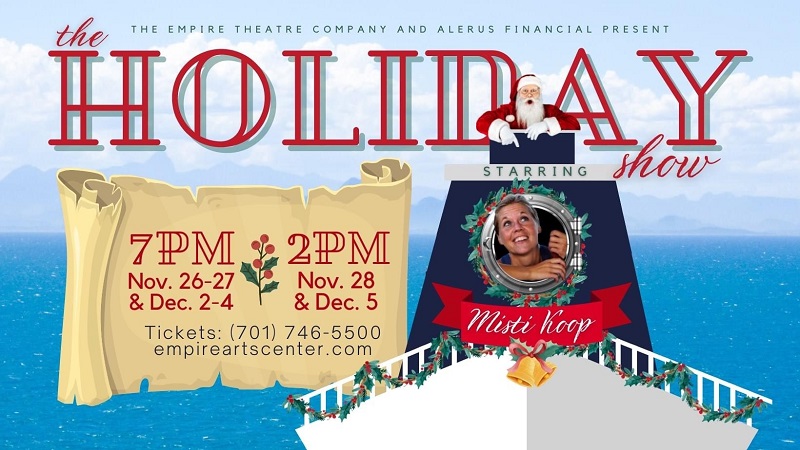 The Empire Theatre Company in Grand Forks is hoping to start a new tradition this holiday season with the homegrown Holiday Show, complete with professional singers, dancers, and musicians from the area.

The show stars UND alum Misti Koop, who grew up on stages in East Grand Forks and Grand Forks. Regional theatre lovers may have caught her performances at Fort Totten Little Theater, Frost Fire, and seven summers of the Medora Musical.

After graduating from UND with a master’s in theatre arts, Koop moved to New York City, toured with  Jesus Christ Superstar, and in 2012-2013 she performed on the Norwegian cruise ship, The Epic, which is where this year’s Holiday Show takes place.

The Holiday Show, conceived by Empire Theatre Company’s Managing Artistic Director and UND Teaching Assistant Professor of English Kathleen Coudle-King is “a bit like those charming ’60s and ’70’s TV holiday shows, which brought the entire family around the TV set in the living room,” said Coudle-King. “There’s music, dancing, story telling, and a few cheesy jokes. Oh, and Santa himself makes an appearance. We wanted to create an event that would showcase the incredible local talent we have in the region, be family friendly, and also affordable.”

Coudle-King reached out to Misti Koop to see if she’d be interested in having a show built around her. Koop immediately thought of the year she was some 1,700 miles away from home in the middle of the Caribbean on board a ship. She recalls missing everything that makes this time of year so special: The food, finding the perfect gift for people you love, decorating the tree, singing in church. and especially her family. So Koop set to work creating a script that would evoke similar memories for the audience.

Coudle-King invited other local performance groups to join Koop. The ND Ballet Company will perform several numbers, including a “Rockette-style” kick-line, and UND Teaching Assistant Professor of Music Joel Pugh is directing the UND Low Brass Ensemble at each performance.

The Holiday Show continues at the historic Empire Theatre in downtown Grand Forks Dec. 2-4 at 7 p.m and Dec. 5 at 2 p.m. Seating is limited so the audience can social distance, should they choose to do so. Tickets are $22, $18 for seniors/students with valid I.D., and $16 for youth 12 and younger. Group tickets for 20 or more can also be arranged by calling 701-746-5500. Tickets are also on sale at www.empireartscenter.com .

The Holiday Show is co-produced with Alerus Financial, and Burlington Northern Santa Fe Railroad. This program is also supported by a grant from the City of Grand Forks through the Community Foundation of Grand Forks, East Grand Forks & Region, as well as a  grant from the N.D. Council on the Arts, through funding made possible by the N.D. State Legislature. 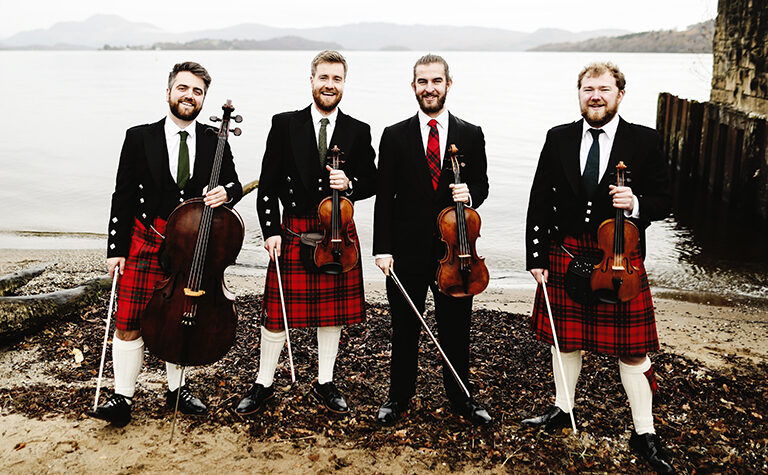