Jutta Kaethe Platt, retired Graduate School admissions counselor, died on Oct. 30, 2021, at her home. She was 94.

Jutta was born on May 24, 1927, to Kaethe M. (Moritz) Mueller and Bruno E. Mueller in Leipzig, Germany. She immigrated to America in 1948, arriving at Ellis Island, on Christmas Day at age 21.

Jutta studied library science while still living in Germany. In North Dakota she attended Aakers Business College in Grand Forks. She began working at the University of North Dakota in the late 1960s. Jutta remained there, eventually retiring with the title of Graduate Admissions Counselor in 1997. She loved working at the University. Jutta was a big fan of UND hockey and cultural events at UND’s Chester Fritz Auditorium. Most importantly, she cherished her relationships with her colleagues and the graduate students from all over the world she was able to befriend. Knowing the foreign students had no family in this country to spend holidays with, she would invite them home to her celebrations. Several of these students remained lifelong friends.

Grand Forks suffered a major flood the year of her retirement. As the waters rose around her home, the National Guard arrived to take her to safety, but not her dogs. She was not leaving her shepherds behind. Jutta quickly loaded the dogs in her car and drove off down the sidewalk to higher ground, leaving the guardsmen in her wake.

Soon after her retirement and escape from the flood, she and her dogs moved to Colorado Springs to live with her daughter, Patricia. Jutta loved rising each day to see the mountains. Nothing made her more hopeful than her view of Pike’s Peak. Visits to the Garden of the Gods and many wilderness trails in the area with her family filled her with joy, albeit with some minor grumblings about being eaten by bears or mountain lions.

Her youngest daughter, Karen would return to take Jutta on periodic adventures in the desert Southwest. Jutta preferred the luxury bed and breakfasts and a good margarita to the drives down remote, rocky roads to explore ancient Anasazi ruins.

In retirement Jutta also indulged her creativity. Family members could count on receiving numerous holiday decorations and beautifully woven wall pieces of her own design. She also enjoyed entertaining and sharing laughs with friends. Her home was often the hub of social gatherings, even in her later years. At 92 she dressed as a Wookie for her Halloween party to the delight of all.

In the late 1990s, her oldest daughter, Esther joined the household. Jutta was happy to have two of her daughters with her, and her honorary daughter, not by birth, but having lived with the family several times over the years, Dolores Martin. And dogs . . . the house was also always a place for rescued dogs to find a home. Jutta’s heart broke each time she lost one, but she was always willing to risk her heart again to help another dog, particularly elderly dogs who had trouble being placed. In Jutta’s last few years, she would say she loved going to sleep. In her dreams she could do anything. She said she would run. She had all her mobility, and her vision was perfect. She would keep company with her late husband, Art and her mother, Kaethe. Jutta would see all her since past, beloved dogs. It is her family’s great hope that all this is true for her now. 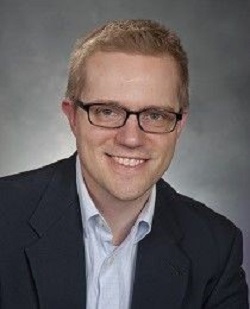