A retirement reception will honor Mike Mann, Forrest Ames and Lowell Stanlake, all in the College of Engineering and Mines, from 3-5 p.m. Friday, May 20, in Memorial Union 220. Please join us as we thank them for their service and wish them well. If unable to attend, you’re welcome to email your best wishes.

Dr. Mann was awarded UND’s highest honor, the Chester Fritz Distinguished Professorship, in 2009 in recognition for his accomplishments in research, teaching, and service and was awarded UND’s highest award for Excellence in Research in 2006. Dr. Mann is a co-founder of the SUstainable eNergy Research, Infrastructure, and Supporting Education (SUNRISE) group in 2004 and helped establish the Petroleum Research Education and Entrepreneurship Center of Excellence (PREEC). He was recognized for these efforts when he received UND’s 2014 Interdisciplinary Collaborative Research Award. In 2020 he received the UND Foundation Faculty Scholar Award, recognizing his combined excellence and contributions in teaching, research and service to the university. He was a primary player in the development of the Institute for Energy Studies that he directed for several years.  Dr. Mann has over 215 publications and has secured over $20 million in funding during his career. He has been involved in a wide range of technology development, including energy production from combustion and gasification, wind, and geothermal resources.  Much of his activity focused on system integration and the development of energy strategies coupling thermodynamics with political, social, and economic factors.

Forrest Ames has served as a faculty member in the Mechanical Engineering Department since 1997.  He has also served the college as Associate Dean of Academic Affairs and Interim Chair of Electrical Engineering as well as serving on various committees for the college and the University. Dr. Ames taught classes in the thermal fluid sciences area, including introductory and intermediate thermodynamics, fundamentals of heat transfer and convective heat transfer, fluid mechanics, compressible flow, computational fluid mechanics, gas turbines, aerodynamics, solar energy engineering, and mechanical measurements. He regularly advised one to four senior design projects every year and served as an Alice T. Clark Mentor six times. He has worked with over 30 MS and PhD students including major advisor to 27 MSME graduates and one Ph.D.

Dr. Ames has maintained an active research program attracting major funding from the Department of Energy, NSF, NASA, and the Navy. Among those are six major grants, including PI on four DOE/NETL sponsored grants totaling $1,920,000 and co-PI on one NASA CAN grant totaling $1,125,000 and PI on one NSF grant. He built four major research facilities including a large scale cascade wind tunnel, an internal flow and heat transfer facility, a compressible flow facility and a large scale wind tunnel which were all later funded with major grants.

Dr. Ames has participated in numerous major international conferences over his career including Keynote Speaker at 37th National and 4th International Conference on Fluid Mechanics and Fluid Power Conference at the Indian Institute of Technology Madras, Chennai, India.

He is a registered Professional Engineer in North Dakota and served as an ABET Program Evaluator.  Prior to his position at UND Dr. Ames worked for Allison Gas Turbine Division of General Motors and Rolls Royce.

Forrest plans to retire to northern Idaho where he hopes to spend more time outdoors.

Lowell Stanlake officially retired from UND in May 2021 after 45 years of teaching in the Department of Mechanical Engineering. He taught courses in ME 101 and Engr 200, which touch nearly all ME students.  Lowell Stanlake’s teaching and service played a vital role in student retention in the Program. It is estimated that he had taught over 10,000 individual students at UND. Most of them went on to have successful careers and contribute to their communities and country evidenced by the many occasions he has been recognized by one of UND’s most notable ME alumna, retired NASA Astronaut Karen Nyberg, class of 1994

In May 2013 he received the North Dakota Spirit Faculty Achievement Award.  He received the UND Foundation/Karleen Home Rosaaen Award for Excellence in Academic Advising, February 2012

Lowell is a licensed flight instructor and since retiring he has found more time to pursue his passion of flying. 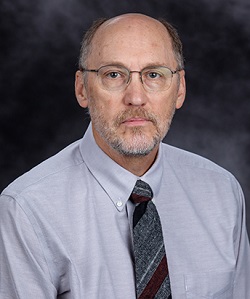