A construction project to rebuild a large portion of critical infrastructure at UND Flight Operations is under way at Grand Forks International Airport (GFK).

Efforts began in mid-May to tear down and rebuild parts of Bravo apron, on the north side of the John D. Odegard School of Aerospace Sciences’ Flight Operations building. The existing concrete apron – used to taxi aircraft to and from the runway – is crumbling, posing a potential safety hazard for students and those aircraft.

The project is being funded by a $5 million appropriation by the Legislature. It is the most recent initiative aimed at improving necessary infrastructure for aviation students at GFK. In 2016, a large part of Charlie apron, located to the south of the Flight Ops building, was rebuilt in a similar project. Bravo apron is expected to be completed later this summer, and the new aprons are expected to be in use for decades.

“Pavement is certainly not glamorous, and no one wants their name on it, so we worked really hard to deliver a solid message to the North Dakota Legislature over a six-year period,” said Kim Kenville, professor of aviation. “Our delegation could see the benefits of the project, and they and their colleagues found money and appropriated it to the University.”

Added Kenville: “It is with great gratitude that we see this ramp reconstruction enter its final phase.”

The safety risks posed by the old Bravo apron center around what is called “FOD,” or foreign object debris. As the concrete of the old apron crumbles, it leaves behind small chunks and shards. Thrust generated by taxiing aircraft can send that debris flying into another aircraft or a student walking on the apron. Students who see such debris are taught to pick up the pieces and deposit them into specially marked cans set up around the area; but as the concrete further degrades, more pieces appear.

Dick Schultz, director of flight operations, said that after observing its crumbling nature, GFK officials temporarily shut down the ramp a few years ago. A $15,000 repair job was only a temporary fix.

Like Kenville, Schultz expressed gratitude for the funding and the new infrastructure it will supply.

“We’ve been just surviving on patchwork until now, so this puts us in a much better position,” he said.

In 2015 the initiative was projected to cost $16 million. Work on Charlie ramp came in at $6 million, but the $5 million bid for Bravo ramp came in much lower than expected, offering considerable savings for the project. 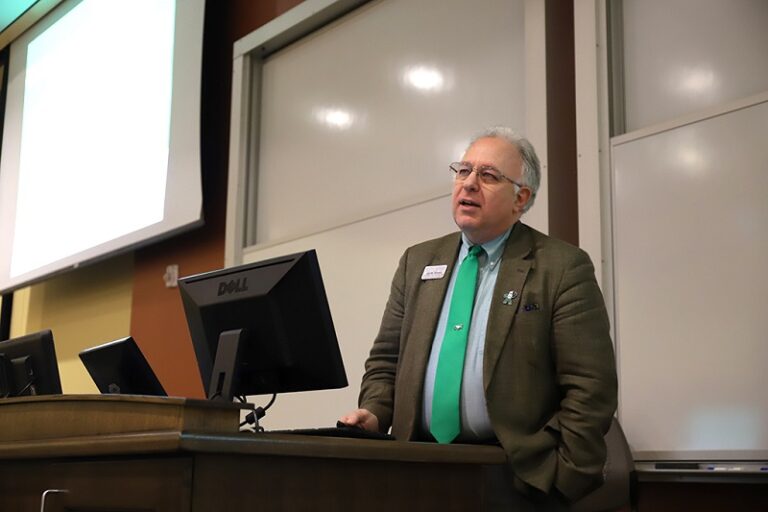