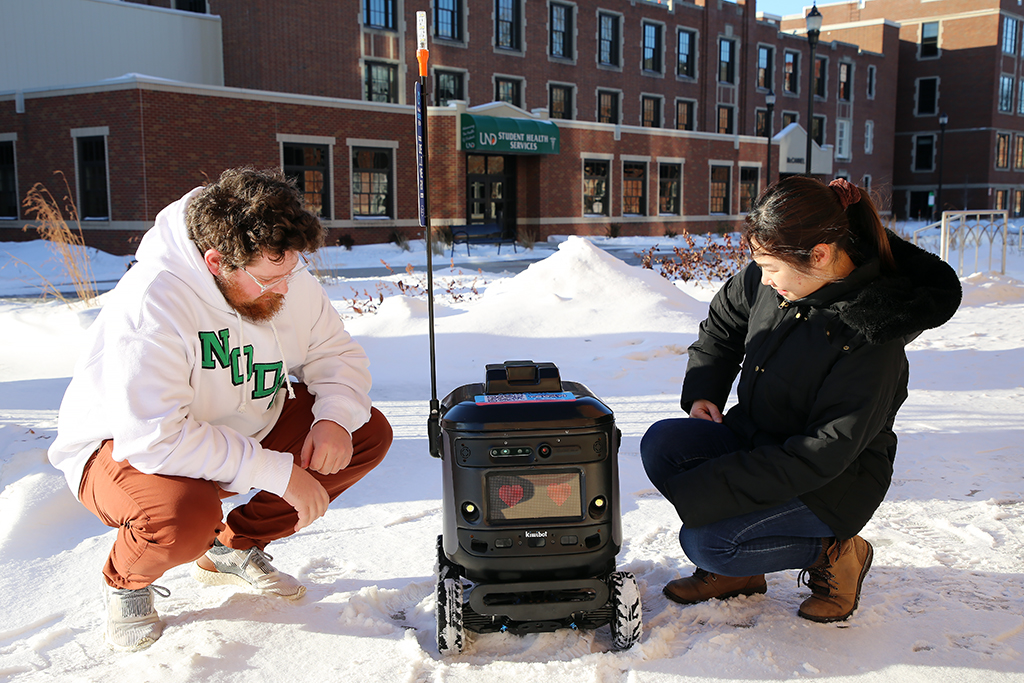 It’s 3 o’clock in the afternoon. The snow is blowing. And the temperature outside is barely breaking zero. You know the fuel ran out of that breakfast bagel well before lunch, yet you don’t want to leave the cozy confines of the Chester Fritz Library. (The fireplace is oh-so-nice.)

With hours of studying yet to go, what’s a hungry college student to do?

UND Dining Services Director Orlynn Rosaasen will tell you that you have some choices — and come next semester, you’ll have a whole lot more.

That’s when Rosaasen says he expects a rolling posse of rover robots to arrive on campus to be at your beck and call.

Earlier, the only option might have required UND to hire its own delivery drivers to use state fleet vehicles for the door-to-door service. It was a pricey concept and a logistics nightmare. And that’s why it didn’t happen 10 years ago.

Nor did it happen a couple of years ago, Rosaasen said, after he first saw the roaming robots in action at a conference for members of the National Association of College & University Food Services.

“The hindrance at the time was the initial investment. It was a half-million dollars, and that was way too much for the University of North Dakota,” Rosaasen said with a laugh. “Let’s see, ‘How many deliveries do I have to make to earn that money back?’ I could never justify that kind of expense.”

Even so, he thought the idea was genius, so he kept an eye on the industry and continued to explore the possibilities. In short order, a number of other startup companies joined the robot brigade, he said, and those initial costs dropped significantly.

Rosaasen says the University is negotiating a contract with the AI-powered robotics company Kiwibot to bring 15 to 20 of the self-propelled units to campus. 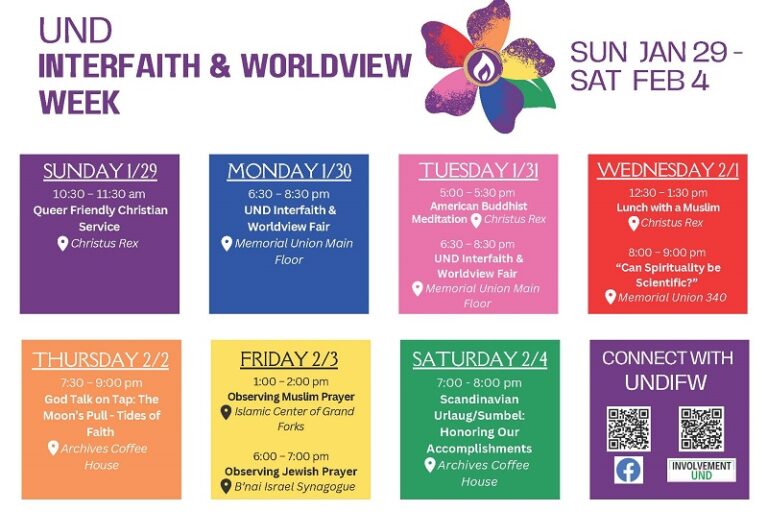