Nick Satterlee of O’Fallon, Ill., has roots in Grand Forks. The University of North Dakota is his mother’s alma mater and he was born in an Altru Health System delivery room.

But Satterlee only spent his first six months here, until his dad’s role with the Air Force took his family to the next destination.

“We moved away,” the UND commercial aviation freshman said. “But I thought it would be cool to come back to my birthplace and go to school here.”

Although the best stories are of how students find their way to UND, sometimes the focus must fall on what keeps them here. Satterlee ran into a bit of a rough patch during his first semester, and support from those around him helped him to regain his footing.

“My grades came down a little,” Satterlee recalled. He received a notification that his professor was concerned about his progress in class. “I sent him a message back and told him what was going on and what I was planning on doing to get back on track and get ahead.”

That notification came from Starfish—an online student success platform utilized by UND. The system was first used on campus in April 2014 as a tool for coordinating One Stop Student Services and advising, but has since grown into one of UND’s strongest retention devices with the full implementation of progress surveys this fall, which alert students to potential issues or achievements at the four-week and eight-week marks of the semester.

Shari Nelson, assessment and systems administrator for Student Academic Services, is part of the team that has shaped UND’s use of the program. She hopes to get course participation from 55 percent to 65 percent by the end of the semester—and then higher. “I get passionate about Starfish sometimes. I start talking fast and I can overwhelm people. It’s my baby,” Nelson smiled.

Nelson and her team are showing instructors and advisors how they can use Starfish to schedule appointments, document those appointments and reach out to students with early alerts between the third and fourth weeks concerning attendance and grades, and again at midterm in the case of deficiencies. But the system also helps notify students when they are doing well—with something called “kudos.”

“Some students don’t realize that someone cares and is paying attention to their progress,” said Lisa Burger, assistant vice president for Student Academic Services and Strategic Enrollment Management Committee co-chair. “The response when students get a kudos is typically, ‘Thank you so much. I appreciate this, and it’s giving me motivation to do even better.’”

Bailey Bubach, advisor and lecturer in the Department of Petroleum Engineering, feels Starfish allows her to take a more active role in a student’s academic career, even beyond the first year. “I can give better guidance to them to help meet their goals and graduate in a timely manner,” she said.

Starfish is just one of many tech tools UND is using to make freshmen feel comfortable on campus and keep them around for their sophomore year. Increasing the fall-to-fall retention rate of first-time, full-time students from 80 percent to 85 percent is one of the top priorities of UND’s draft Strategic Plan.

According to data from UND’s Office for Institutional Effectiveness, the fall 2016 to spring 2017 rate of freshman retention was an incredible 94 percent.

“I think Starfish is a component of that success and that percentage increase,” Burger said. She pointed to additional retention initiatives such as a fall phone calling campaign in which faculty, professional advisors and staff reached out to full-time freshman students who had not yet registered for the spring semester—among other direct outreach services. “It’s not just one thing—it’s many, many things,” Burger added.

Assistant Vice President for Enrollment Services Sol Jensen says although fall-to-spring retention is typically higher than fall-to-fall, the 94 percent rate is higher than UND has seen in years—in fact, last year it was 91 percent. He adds that although many factors come into play, it’s a good indicator of a stronger fall-to-fall retention rate.

“It shows that the things we’ve been working on are paying off,” Jensen said. “That comes on top of the continued increase in our academic quality on incoming freshmen. All of that combined paints a better picture of why our retention is increasing.”

“Usually with first-time freshmen, the number one thing is connecting them to campus and forming some kind of bond to the University,” Correll said. “We are also looking at how we can advance technology to make the student’s life easier.”

Correll says combining the ease of technology with that personal connection is one of the reasons why Starfish has been so successful for retention. It’s also why UND is starting to utilize other technologies like a digital course scheduler and SELFI—an online tool for students to offer feedback on their instructors and courses. A campus survey is currently being offered to even further refine this service.

“Students should interact with this and other offices as they see fit. In today’s society, that’s online and whenever they want to,” Correll said.

These personal connections through technology are especially important to the growing online student demographic. Nelson noted that when online students receive a kudos or outreach through Starfish, they are often the most grateful. “I’ve gotten feedback saying, ‘As an online student at a distance, I appreciate knowing there is someone out there acknowledging my work,’” she said.

And for on-campus freshmen like Satterlee, these little touches make UND feel like home and remind him to never call it quits.

“It’s freshman year, but it’s only going to get harder from here,” he said. “You don’t give up if you get a deficiency. Starfish isn’t telling you you’re going to fail this class—it’s telling you to work at it.” 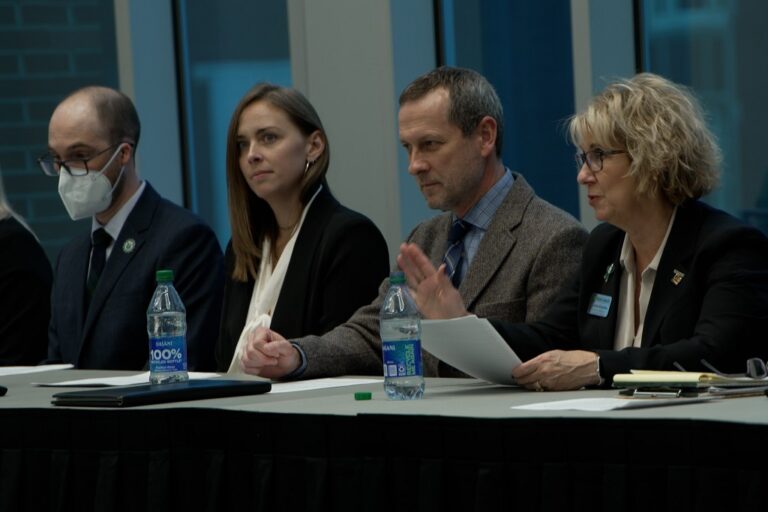 UND’s new Strategic Plan: The finish line is in view 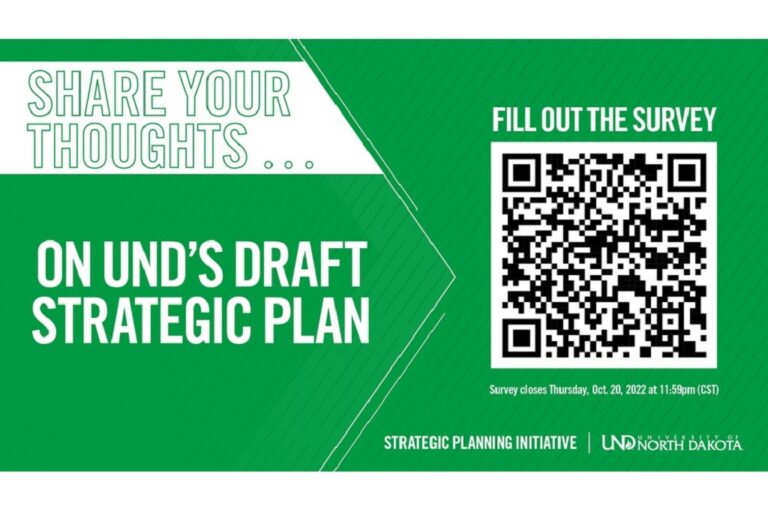 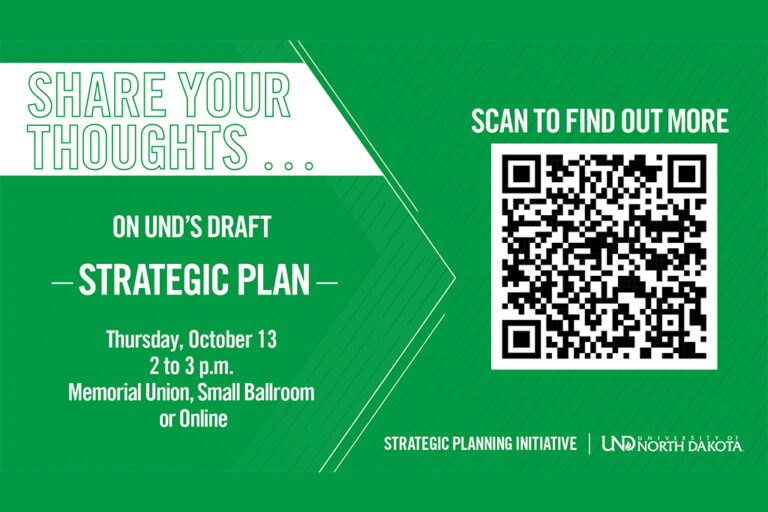 Discovering the essence of UND