by Connor Murphy
Published in: College of Education & Human Development

A recently published study from the University of North Dakota could have lasting impacts in the fields of athletics, physical health and rehabilitation, according to its authors.

That’s because the study pioneers the fast and comparatively inexpensive use of 3D body-scanning technology – technology that could, among other applications, be used to identify future champion athletes.

Three-dimensional body scanning technologies create millions of data points across the human body for precise measurement. Typically, these technologies can cost tens or even hundreds of thousands of dollars.

Evidence gathered by UND researchers showed that those same measurements can be produced at a fraction of the cost, and in as little as 35 seconds. The Styku S100 system, available for $5,000, drew data readily comparable to what’s gathered from more sophisticated systems.

The study, examining 49 UND athletes, required only a turntable for subjects to stand on, an infrared camera and software to handle the data. Graduate researcher Joe DeRouchey’s goal was to determine if the Styku S100’s data would be reliable enough for use in continued research.

His co-authors – faculty in the Department of Department of Education, Health and Behavior Studies in the College of Education & Human Development – said comprehensive scanning data, readily visualized and gathered non-invasively, can now be used as a tool by individuals and organizations involved in health and athletic fields, results of the study suggest.

As the scanners become more common and more widely used, physicians, trainers and specialists will have access to more data than ever in matters of health and performance-based intervention.

“I think this study opens the door for this technology to be evaluated for use in other areas and disciplines,” said John Fitzgerald, associate professor of kinesiology and principal advisor on DeRouchey’s study. “We’ve made the case for sport in our paper, but this could possibly be used for research or teaching purposes in other disciplines where size and shape of the body may be important, such as physical therapy and occupational therapy.”

“There are various tracking abilities afforded by 3D scanning,” Fitzgerald continued. “One of the benefits is that the amount of data can provide good comparisons over time. Scans can be looked at side-by-side, or in sequence, and can be compared numerically as well as qualitatively.”

Also, given the system’s usage of infrared light to collect data, multiple scans in close succession can be conducted safely, without exposure to radiation or high-level magnetism.

For decades, body composition markers have been used to predict risk for chronic conditions such as heart disease, as well as performance capabilities of athletes.

Certain physical characteristics of elite athletes stand out when compared to the general population, researchers know. For example, individuals who have larger circumferences of the mid-thigh, or larger volumes of the leg, tend to sprint faster and jump higher.

With affordable 3D technology, such indicators could be more easily discovered and compared.

“Before whole-body scanners, manual measurement was the only feasible way to get these markers,” said DeRouchey. “Full manual tests (using tape measures and the like) can take 45 minutes and are not as accurate as scans. Also, measurements such as volumes of limbs and cross-sections of the body have to be estimated.”

Grant Tomkinson, professor of kinesiology and associate advisor on the study, has extensive research experience in talent identification and working with the more expensive 3D whole-body scanners. But until now, there hasn’t been much scientific-measurement data assembled on athletes beyond manual measures, in large part because of such studies’ expense, Tomkinson said.

That’s why the UND study stands out. “This was a reliability study, sure, but it used a $5,000 piece of equipment to provide the same output as something that costs $250,000,” Tomkinson said.

One reason Tomkinson thinks such technology will become more commonplace is the fact that 3D measurements can provide better indicators of health, fitness and physical performance than can measurements such as lengths or circumferences. As databases of 3D scans grow, researchers can start to look at new shape indices, or measures that can translate to understanding peak performance or recovery from injury, for example.

“These types of indicators haven’t been examined in the past purely because of the time commitment and the limited accuracy of manual measurement,” Tomkinson said. “This gives us the opportunity to tap into new measurements that can perhaps lead to better treatment and performance.” 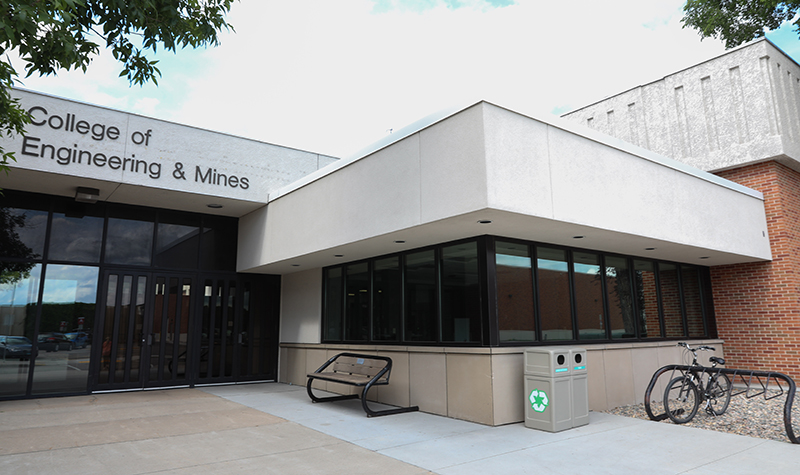