In his song “Young at Heart,” Frank Sinatra sings, “And if you should survive to a hundred and five / Look at all you’ll derive out of bein’ alive / And here is the best part, you have a head start / If you are among the very young at heart.”

On April 26, 2020, Sam turned 105 in grand fashion – though his birthday celebration didn’t exactly go as planned.

In the spirit of going virtual, she took to social media. A video featuring Sam, a proud U.S. Army veteran adorned in his uniform asking for cards, was shared on Mom & Dad’s House’s Facebook page. It went viral.

Local and national news sources converged on Mom & Dad’s House to tell Sam’s story, neighborhood residents came together to stick 105 small American flags in the front lawn, and the City of Lakewood arranged a drive-by birthday parade on April 26, complete with fire engines, classic cars, and even a helicopter flying overhead. Lakewood’s mayor gave a speech, and a U.S. soldier sang “Happy Birthday” to Sam.

In Grand Forks, Sam was honored by American Legion Post 6 for exemplary service to the nation, and then-Mayor Mike Brown proclaimed April 26 as Sam Sachs Day.

By the time his birthday arrived, Sam already had received more than 6,000 birthday greetings. A month later, that number had grown to more than 8,000.

He is in good health, but his reading vision is beginning to fail, so Ivonne put out a call for volunteers to come to Mom & Dad’s House to read his cards to him, practicing social distancing and other guidelines to mitigate the spread of coronavirus.

The highlight so far? A greeting from President Donald Trump. In his video, Sam had said, “I’m wondering how many birthday cards I will get. I hope I get many of them. And I’m also asking our president to send me a card. What a thrill that would be.”

Sam never expected it to happen. “It was kind of a throwaway line at the end of the video,” he said.

So, what’s the secret to his longevity? He says he began practicing five principles back when he was in his 20s:

1. Everything in moderation, especially junk food. “Don’t go overboard on anything,” Sam says.

2. Exercise. Even when he was teaching full time during the day, night classes a few times a week, and reporting for military obligations a couple of times a month with a family at home, Sam found time to keep up with his weightlifting and running regimen.

4. Learn how to handle stress. “I think this is the most important,” he says.

5. Marry someone who loves you. Sam met his wife, Ida, at public dance hall. They had three sons, Howard, Larry, and Robert, and five grandchildren. Ida passed away in 2005 at age 84.

Sam grew up in Grand Forks, born to Russian immigrants. He always knew he wanted to serve his country in the United States Army, but first he wanted to become educated, so he attended the University of North Dakota, graduating with a bachelor’s degree in business in 1936.

On Dec. 1, 1941, as a First Lieutenant, he was called to active duty with the U.S. Army. Six days later, Japan bombed Pearl Harbor and President Franklin D. Roosevelt declared war with Japan the following day.

He became a decorated war hero, serving as an officer with the 325th Glider Infantry, 82nd Airborne Division, commonly known as the “Flying Coffins,” which landed in Normandy on D-Day to liberate Europe from Nazi Germany. In 2019, at age 104, he was awarded the French Legion of Honor, the country’s highest medal, for his service.

In 1950, Lt. Colonel Sachs became a high school business teacher and career adviser until his retirement in 1982. “I loved every bit of it,” he said. 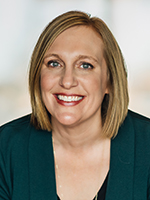