A Q&A with Jon Maskaly, whose research and courses focus on contemporary policing and police-community relations 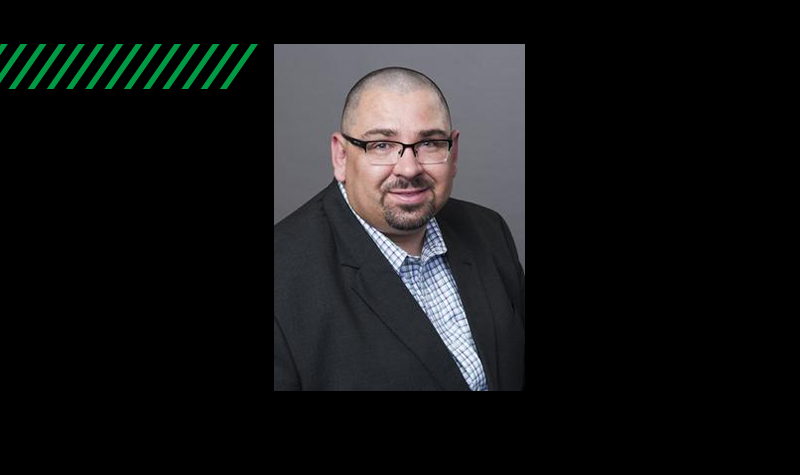 With his research and courses at the University of North Dakota, Jon Maskaly is at the academic – and practical – forefront of a critical national topic: policing.

He has written four book chapters and dozens of research papers on police integrity and misconduct as well as police-community relations, often taking a big-data approach to his studies. At UND, Assistant Professor of Criminal Justice Maskaly also teaches classes such as Introduction to Policing and an advanced course titled Police Role in Society.

UND Today recently talked with Maskaly about researching and teaching policing in a time when civil and political unrest has sharpened the country’s focus on the role police play – and should play – in society.

The below Q&A has been edited for length and clarity.

Last year, we saw policing and racial issues come to the fore of the national discourse. How has it been teaching courses that delve into some of these topics?

Unfortunately, I have to teach online this semester. We’re living through one of the times in American history with police-community relations that is especially interesting, and students have strong feelings about it, especially with the trial going on in Minneapolis right now related to the death of George Floyd last summer. All of those things are more local to our students than a lot of other things that have been around the country because those other things been further away. It’s been interesting to try and engage the students in productive conversations and let them have those discussions without actually being face-to-face in a classroom.

Is it hard to moderate in-class discussions on such salient but hard topics?

Everybody’s got some strong sentiments about this. I have a few former military members and a few former law enforcement officers who are students now. One of them went from being a police officer in the South to an undergraduate student now. He has a really unique perspective that he adds to the discussion. You would think that those people would tend to be against any kind of change. He’s probably one of the most measured voices for the need for change, because he recognizes it. He’s able to explain things in clear detail to his classmates: why things may need to change or why they don’t.

But trying to manage that discussion can be challenging. It’s trying to get people to have the conversation and understand that you don’t necessarily have to agree with what other people think, say, feel and believe. But, you have to appreciate what they’re saying. And, you have to be open to having that dialogue. And race relations in the U.S. is one of those things that’s still a very sensitive subject for people to have a discussion about. Sometimes, we need to set the ground rules about what terminology we use and to make sure we are talking about factual matters rather than perceptual matters.

How did you become interested in policing and police-community relations?

This all started when I was a teenager at a family barbecue. I had family members who worked in law enforcement and some who were, shall we say, customers of law enforcement frequently. I can remember my two uncles pointing at each other across the backyard, speaking in a very loud fashion and saying, ‘Only if you would do this, and only if you would do that.’ Being 14 or 15 years old at the time, I was thinking to myself, ‘Why are they both thinking that if the other person did this, they wouldn’t then have to do this?  Why isn’t it the fact that these things are related to one another?’ What the community does affects the police. And, what the police does affects the community. It’s this kind of endogenous cycle that ties itself together. And so that’s what got me really interested.

Instead of using ‘real data,’ computational criminology is big-data simulation research like natural language processing. You’re trying to bring computational power based off of what we already know to further insights.

A project in that domain that I am doing right now relates to the use of body cameras. Most police departments around the U.S. are pushing towards it. One of the things to make the body-worn camera programs work is that you need people to review those videos to ensure that officers have compliance, because we know that not everybody who suffers adverse events at the hands of the police is going to report them. Typically, police departments farm that out to supervisors. But, the only problem is that one supervisor might not be able to watch in a week all of the videos his or her subordinates produce in a day. So, people have started doing random samples of videos to see what’s happening and address any concerns that they see.

The computational criminology approach that I’m taking here is running a massive Monte Carlo simulation. I am looking at the likelihood that you’re going to find misconduct if you’re using random sampling. From a statistical perspective, you’re outperforming what would happen many times until misconduct becomes very, very prevalent in the aggregate sense, over 5,000 observations. But, the thing that nobody thinks about is that even if you have misconduct, depending on how severe your misconduct is, in about 97% of all of your random samples, you wouldn’t find the misconduct that occurred.

The argument that I’m making with this piece is that random sampling is a place to start, but it’s underperforming. Instead, what you need to do is feed the algorithm more information about who are the people that are most at risk for misconduct or other violations. That would be people that have a history of these things, or newer officers. It is an approach to creating a sample that’s going to maximize the likelihood of supervisors finding issues that they can then address with their subordinates in the most time effective manner possible. It’s an optimization problem, if you will.

Talking about data, what is the wider role of technology in policing?

I think that technology is one of those things that is going to pervade policing. It is happening already. It’s absolutely reasonable to integrate technology because one of the things that we know about crime is that most crime isn’t random. The rule of thumb is that 80% of crime is committed by 20% of people. You can have huge effects on crime by implementing focused deterrent strategies against offenders. And, all of that stuff is predicated on data.

The problem is that the social inequalities that exist in our life can manifest themselves through those programs. The Tampa Bay Times did an expose on the Pasco County Sheriff’s Office’s focused deterrence strategy and how it was predicated on bad data. It ended up essentially being predatory and discriminatory in terms of its effect. That’s one of the things that we have to deal with. At the end of the day, it’s going to take social scientists and computer scientists working together in order to address these issues.

In 2019, you published a paper on police integrity and how to measure it. Tell us about your findings.

What the police integrity questionnaire does is ask police officers about the idea of seriousness and their willingness to report things that are violations of policy. This is a thing that you could use on the front end of the hiring process. Their validity may be questioned, but polygraphs, computer voice stress analysis and personality inventories can sort some of these things out.

One of the disturbing things that we see is that in agencies where we go into and we measure police integrity (using this methodology), after the fact, we still see a great deal of variability in the amount of integrity that people have, especially when it comes to reporting misconduct that is perpetrated by others. And, that’s one of those things that makes it difficult to repair and rebuild the relationship between the police and the community and enhance it and strengthen it.

When you see the number of law enforcement employees who are unwilling to report instances of serious misconduct, it’s disturbing to see that these people are still making it into policing.

This leads to our next question about the external and internal controls you identify when it comes proper police conduct. How are these two types of controls different? What are their implications?

With external controls, we don’t do something because we don’t want something bad to happen to us. It’s that classic deterrence argument. Whereas the internal controls are those things that are in your mind about what is ethical.

We know that both are necessary. But the internal controls that people have tend to be a more effective way of getting people to comply with ethical behavior or exhibit integrity. That’s where this becomes a multi-pronged solution: agencies need to hire individuals who have those internal characteristics of integrity that we want to see in our police officers. But, we’re always going to need external controls, too. The problem is that if you end up relying too much on the external factors, you can actually exacerbate the problem.

What do you think the future of policing holds?

Yet, I think that what’s going to happen is that we are going to realize that we need police officers who are better problem solvers, who are data-driven problem solvers. More and more of what officers are asked to do is stop responding to the symptoms of the problem and instead actually address the underlying problem. Policing needs people who have the ability to solve the problem effectively, rather than just solve the problem quickly.

There is a broader societal conversation that we need to have, because for many, many years, “calling the police” has been the dumping ground for all of the social problems that we have, as we’ve disinvested from other things. The police dealt with everything that the rest of civilized society didn’t want to deal with. But now, with issues such as mental health and homelessness, for instance, the police may not be the best tool to deal with those. And I think that there’s going to be a conversation about how the police can become service providers to community members, while at the same time, keeping the ability to be the first responder and the enforcement arm of the state when we need them to.