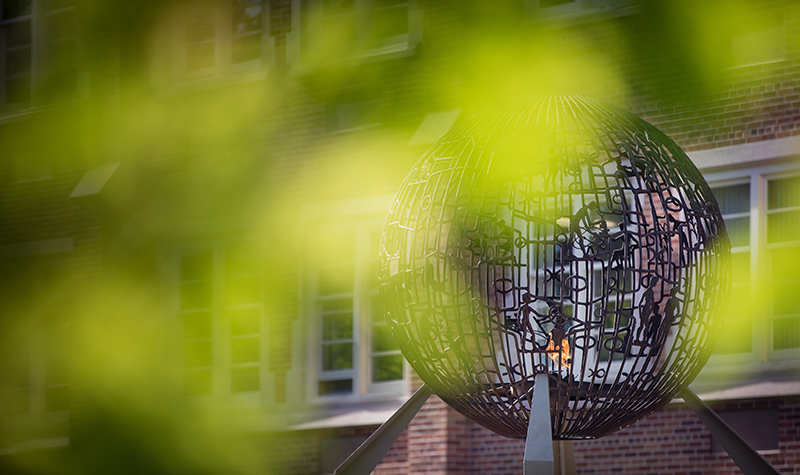 Laine Lyons, who is American Indian, has always sought ways to promote inclusion and diversity. So when she received a nomination to participate in the inaugural Inclusion Ambassador program at UND, she did not hesitate.

Lyons serves as the director of development for the College of Education & Human Development as well as the College of Nursing & Professional Disciplines at the UND Alumni Association & Foundation. She sees the newly established ambassador program as a means to strengthen the connection between the University and AA&F, while serving individuals of diverse backgrounds.

“I live and breathe diversity and inclusion every day,” Lyons said. “I define inclusion by accepting everyone for who they are, and being able to understand and listen and educate. It is really about being open and honest with each other about our experiences and our viewpoints. That’s exciting. This program is really going to help the University as a whole improve and be better and do better.”

Developed by the Office of Academic Affairs, the Inclusion Ambassador program is the latest initiative in support of the University’s mission of diversity, equity and inclusion (DEI). It includes a cohort of about 30 ambassadors, both staff and faculty, from disparate offices and functions on campus.

“The idea came about in terms of developing a program that is a collaborative and collective effort of infusing DEI efforts across campus,” said Tamba-Kuii Bailey, assistant vice provost for equity and inclusion.  “I think that people are really hungry for such a program. People are excited for it.”

Bailey describes the initiative as a “train-the-trainer” program, which provides participants with the appropriate tools to spearhead diversity and inclusion into the daily activities of their units, from hiring to inclusive event planning to engaging employees. As a result, while it originates at the Office of Academic Affairs, the Inclusion Ambassador program creates, in effect, a grassroots approach to introducing, promoting and maintaining inclusive practices at UND.

“We want to make sure that we grow our capacity to be a more inclusive institution,” said Debbie Storrs, Interim Provost and Vice President for Academic Affairs. “You can only do that by embedding it throughout the institution, making it part of everyday work and recognizing the inclusion ambassador’s work by integrating it into their position descriptions.”

Focus on diversity and inclusion in different settings

When the Inclusion Ambassador program was announced, the Office of Academic Affairs received about 60 nominations for the first cohort. Both Bailey and Storrs were encouraged by the strong interest in the initiative. However, in order to keep the training sessions intimate and manageable, the first cohort of 30 individuals from across the University were selected to participate. Their formal commitment to the program will last up to 3 years.

Most of the current inclusion ambassadors have experience and expertise in the sphere of diversity and inclusion. “The program is also a recognition of the expertise that exists in our colleges and schools and how they can support one another as they do their work,” Storrs said.

Nonetheless, the newly named ambassadors participated in a 3-day, group-focused training earlier this month, which explored a variety of DEI topics. For Lyons, the sessions were “eye opening,” she said, allowing her to examine her own behavior and viewpoints.

“In one of the sessions, I shared an experience and I didn’t say how I felt,” Lyons said. “But the group that I was with, listened and watched and could see how I felt about that particular story. We later talked about how we need to pay more attention to those nonverbal cues when in a conversation or in a situation. That was just eye-opening to me, because I was the one withholding my emotions and I didn’t even realize it.”

Lyons’ experience emphasizes the crucial role interactions – and the dynamics that govern them – play in the creation of a diverse, inclusive and safe environment on campus. “Small interactions that may seem unimportant can have a negative impact when you’re not thoughtful about power differences and a more multicultural existence,” Storrs said, adding that this is one of the two overarching lessons of the training curriculum.

The other revolves around inclusive hiring approaches that help individuals recognize and guard against their personal biases when looking for and interviewing candidates of different backgrounds. “If we’re part of the majority, then we may miss individuals who are part of groups that are particularly underserved,” said Bailey. “It is also important how you’re recruiting. If you are trying to get more women in a given position, then what are you doing to reach more women? Are you only reaching to your network or are you going to conferences that are for women in engineering, for instance, or women in arts and sciences?”

The inclusion ambassadors, who will participate in regular training sessions in the years to come, will take these type of lessons to their own departments and divisions. “The group of ambassadors is very diverse and it is going to lay down the groundwork for future diversity and inclusion champions,” Lyons said.

To promote the preservation and dissemination of knowledge, future ambassadors will come onboard annually, with their tenure partially overlapping with that of earlier cohorts. The Office of Academic Affairs is finding ways to engage staff and faculty members who expressed interest early on but didn’t make it into the first cohort due to size limitations. Bailey hopes that they will join the Inclusion Ambassador program in subsequent years.

“The greatness of this program is that if you keep having cohorts rotate in and off, at some point, you’re going to reach a critical mass, where we’ve actually had more people who have been inclusion ambassadors than those who haven’t,” Bailey said. “So, now everybody knows what this work is all about. And, we can continue to build on it.”