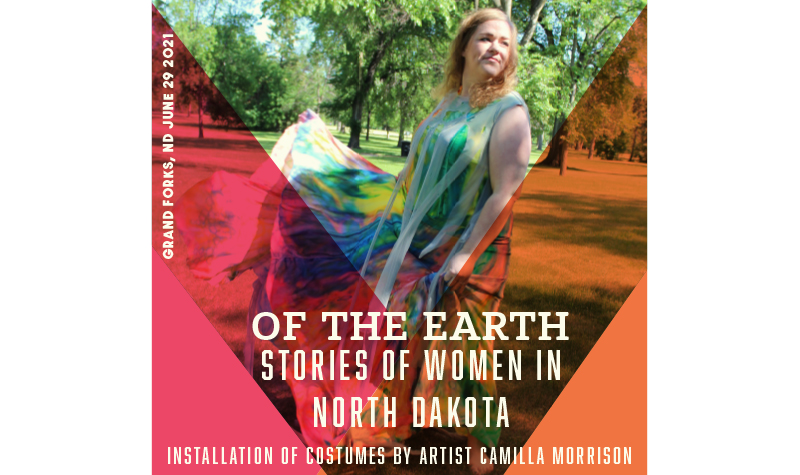 Join her for “Of the Earth: Stories of Women in North Dakota,” which will blend poetry and avant-garde costumes  at 6 p.m. tonight, Tuesday, June 29, at UND’s Burtness Theatre. Parking and admission are free.

Morrison, teaching assistant professor at UND Theatre Arts, will share themes from interviews with women from across North Dakota as well as showcase wearable art which explores the themes of womanhood.

She will share stories and experiences of aging, motherhood, and the joy and sadness of being a woman.

Morrison uses painting and dyeing techniques that blend visual art and costume design, and is especially interested in the connection between people and clothes, as well as character and costume.

She has been featured in Prairie Public’s Mosaic, and in 2019 was named one of 30 American emerging artists invited to showcase their work at the Prague Quadrennial of Performance Design and Space.