If you’re one of the world’s 100 million-plus viewers who’s already binge-watched the record-breaking Netflix K-drama “Squid Game,” the answer is easy. If not, there’s still hope for you.

You can learn the tricks to winning the wildly popular dalgona (aka candy) challenge and a whole lot more about South Korea at the first “Feel of Korea” cultural event from 10 a.m. to 6 p.m. Nov. 5 in the UND Memorial Union Ballroom.

Co-hosted by the UND Korean Culture Exchange Club and the Consulate General of the Republic of Korea in Chicago — along with UND’s College of Arts & Sciences and International Center — the family-friendly and all-free event includes hourlong performances by the famed Chicago Korean Dance Company and the Korean Performing Arts Institute of Chicago.

Ordinarily, that alone would make it a cultural extravaganza, but organizer Joonghwa Lee, associate professor with the UND Department of Communication and faculty advisor to the culture club, says there’s a whole lot more.

“Normally, if you’d want to see this kind of professional performance, you’d have to go to a big theater in a big city — or at least some big Korean town,” Lee said. “This is an opportunity for all people to love and enjoy all different types of Korean culture all at one time and in one place.”

The event opens with a 10 a.m. showing of the Golden Globe Award-winning Korean film “Minari,” followed by an open house where visitors can taste a variety of favorite Korean school snacks, dress in traditional clothing called hanbok and play popular childhood games such as dalgona and ddakji — yes, that’s the game with the red and blue flipping tiles featured in the opening and closing scenes of “Squid Game.”

Did we say free?

Yep. Throughout the day, there also will be free T-shirts, more Korean meal and beverage tasting and many other interactive booths and cultural experiences. That, paired with ribbon dancers in colorful costumes and musicians playing age-old instruments representing the wind, clouds, rain and thunder, promises to be a feast for the eyes and ears.

It’s a total immersion in Korean culture and truly a rare event for North Dakota, Lee said. So rare, in fact, that Consul General Young Sok Kim will make the trip from Chicago to see it himself.

“This event is very special for our consulate,” Kim said in an email shared this week with UND Today. “North Dakota is one of 13 states under our jurisdiction, but there are few Koreans living there and few Korean restaurants and markets. Unlike Chicago, L.A. and New York, it is hard to experience Korean culture in North Dakota.”

And perhaps that’s one of the reasons he was so “deeply moved” when Lee first reached out to him in early September with an impassioned email seeking to change that.

Get ready for fun

So what about that dalgona challenge? Those who dare will be able to compete in a nonlethal version of the game in which participants must use a toothpick to remove a shape from the middle of a fragile honeycomb without cracking it. In “Squid Game,” debt-ridden contestants were racing against the clock for a chance to win a pile of cash. And for them, even a tiny fracture meant certain death.

The stakes won’t be nearly so high at Feel of Korea, but they’re important all the same. Organizers of the daylong event are hoping guests will gain something far richer.

“As a country with a history of 5,000 years, Korea has a deep, diverse and unique culture,” Kim said, but for many people less familiar with Eastern cultures, it often gets jumbled with China and Japan.

The proliferation of social media and multiple streaming platforms may have led to an explosion of Korean pop culture in recent years, but they still haven’t gotten everything right.

“It’s a challenge we need to tackle in the future,” Kim said. “The people who come to Feel of Korea will have an opportunity to get to know Korea properly, and I hope that curiosity will continue to develop friendships and a desire to understand more about our history and culture.”

The entire event is free and open to the public. The schedule is as follows:

• 3:45 to 4:30 p.m.*: Presentation on Korean culture, games and first K-pop performance by members of the Korean Culture Exchange Club.

* These events will be livestreamed via Zoom at https://bit.ly/FeelofKoreaUND. Post your personal photos with the hashtags #FeelofKoreaUND and #FeelofKorea, and you could win a photo contest. Winners will be announced at the end of the event. 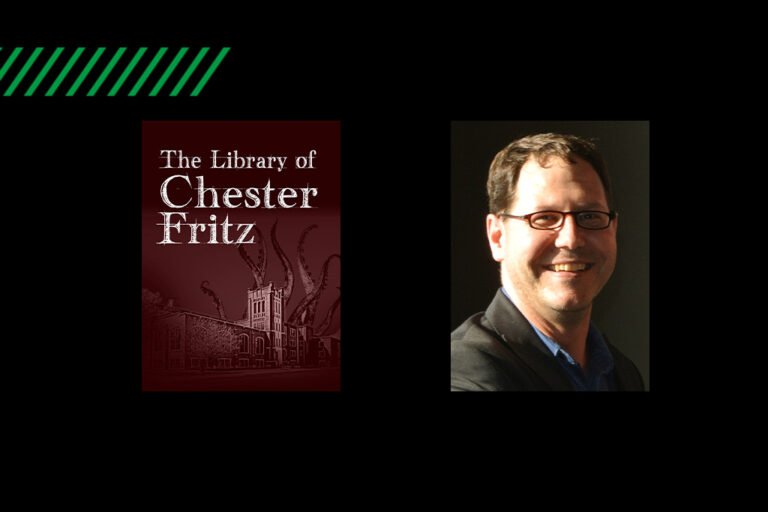 Chester Fritz to the rescue