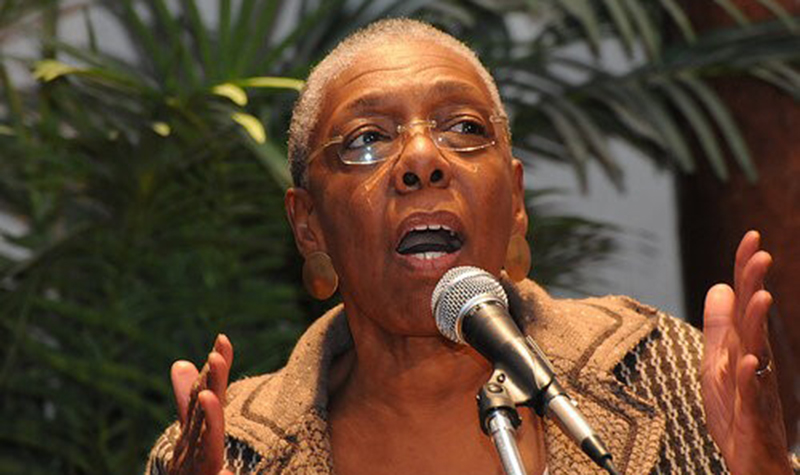 Civil rights activist Rosalyn Pelles will give the keynote speech at UND’s Martin Luther King Jr. Day brunch from 10 to 11:30 a.m. Monday, Jan. 17, in the Small Ballroom, Memorial Union. It is free and open to all.

The event also will be livestreamed, and a link will be available soon on the UND calendar.

The theme of the event, “Where do we go from here?” is from King’s speech on Aug. 16, 1967, and is timely as the University engages in diversity, equity and inclusion work for a better tomorrow.

Civil rights activist Rosalyn Pelles has a six-decade history of social justice activism, beginning with work as a teenager in the Congress of Racial Equality. She is an activist and community leader who continues to engage in social justice work. She also visited campus in 2016, when the Black Student Association hosted “A Discussion on Activism Featuring Rosalyn Pelles.”

In addition, the event will recognize the recipients of the Martin Luther King Jr. Social Justice Award, which is given to individuals who actively demonstrate a commitment to social justice in the UND community. These award winners strive for social change, advocate for diverse students, faculty and staff, and have made a significant impact. Recipients are selected by the Martin Luther King Jr. Planning Committee.

“We are excited to welcome back Rosalyn Pelles,” said Stacey Borboa-Peterson, UND director of Student Diversity & Inclusion. “We look forward to recognizing individuals who are actively engaged in social change and those who are making a significant impact in our community. There is no better day for that than Dr. Martin Luther King Jr. Day.”

Rosalyn Woodward Pelles is a veteran of the civil rights and workers’ rights movements, with a long history of social justice activism that spans decades, beginning with her work as a teenager in the Congress of Racial Equality.

She is currently the vice president of Repairers of the Breach, a nonpartisan organization that seeks to build a progressive agenda and movement rooted in the moral values of justice, fairness and the common good. She also is serving as the senior strategic advisor to the Poor People’s Campaign: A National Call for a Moral Revival, a continuation of the work of Martin Luther King Jr.

She is the former executive director of the North Carolina NAACP. While there, she also served as a senior strategist and advisor to North Carolina’s Moral Monday/Forward Together Movement, during the pivotal and historic year when Moral Mondays erupted in the state capitol of Raleigh, spread across the state and inspired the nation.

In addition, Pelles has served on the board of directors of the Highlander Research and Education Center, where she was the board chair, and on the national board of Interfaith Worker Justice.

Pelles was named one of the country’s outstanding African American women labor leaders by the Institute for Policy Studies in the And Still I Rise: Black Women Labor Leaders Initiative. A 2019 recipient of the Forward Justice Ella Baker Award, she has lectured and led workshops across the United States, Canada, Tanzania and Uganda.

She earned a bachelor’s degree in psychology from North Carolina Central University and a juris doctor from Howard University School of Law. She is married and has three sons.