Students to host ‘Faces of the Industry: Discussions in Aviation Diversity” March 10

Student organization leaders at the John D. Odegard School of Aerospace Sciences are inviting the UND and Grand Forks communities to participate in “Faces of the Industry: Discussions in Aviation Diversity.”

On March 10, in the University’s Memorial Union ballroom, panel sessions throughout the day will acknowledge and celebrate diversity at UND Aerospace, as well as within the broader aviation industry.

This student-run event will start with a breakfast sponsored by UND Student Diversity & Inclusion at 9:30 a.m. After that, panel discussions will take place until a 2 p.m. keynote presentation by Carole Hopson, United Airlines First Officer and author of A Pair of Wings: Based on the Life of Pioneer Aviatrix Bessie Coleman.

Following her speech, Hopson will be signing copies of her book, and free copies will be available to the first 100 keynote attendees, courtesy of United Airlines.

Members of the media and the general public are invited to sit in on panel discussions and speeches throughout the day.

“We put this together to really showcase the diversity we have at UND Aerospace,” said Meridath Jackson, a senior commercial aviation major, president for UND’s Women in Aviation chapter and co-founder of the event. “Aviation as a whole is one of the most diverse career fields in the world as it connects with people across the globe.

“I think it’s our job to celebrate that, especially at UND and within our student body – recognizing each other and coming together to make the industry stronger.”

Jordon Gyapong, a fellow co-founder and commercial aviation major, as well as a leader of UND’s OBAP chapter, echoed Jackson in describing “Faces of the Industry” as a celebration of diversity.

“We have people from across aviation coming here to speak about their successes and struggles in climbing the ladder to where they are now,” Gyapong said. “I think that’s going to be very inspiring for our students and faculty.”

Associate Dean Elizabeth Bjerke, speaking on behalf of UND Aerospace’s administration, said they’re proud of their student leaders and the work students have done in preparing for an important inaugural event on campus.

“The outpouring of support from our industry partners, and their desire to take part in this conversation, proves that there is a lot of interest surrounding diversity in aviation,” Bjerke said. “Having our students lead this discussion proves that the future looks promising. My hope is that this is the start of a new tradition for the Odegard School that will last for years to come.”

Companies and organizations to be represented at the event include United Airlines, Endeavor Air, FedEx, Cirrus Aircraft, General Atomics, Forum Communications, Grand Forks International Airport and the U.S. Air Force. According to organizers, a number of the 19 total panelists are UND alumni. 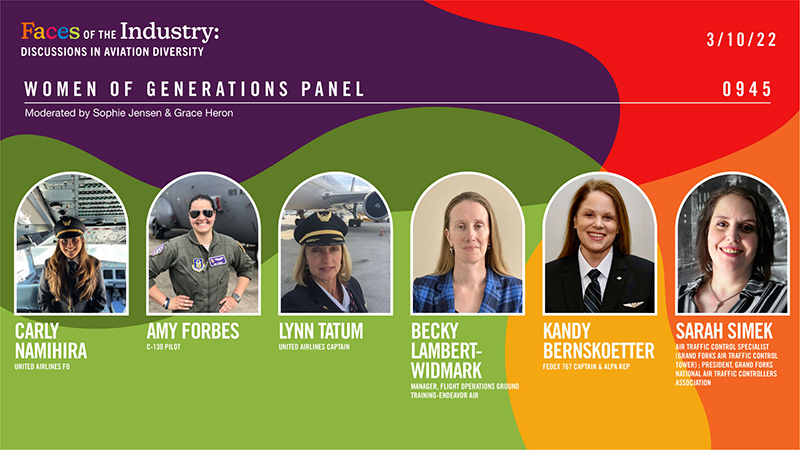 The first panel of the day, “Women of Generations” at 9:45 a.m., will feature six female aviators and aviation specialists in discussion about the advancements of women in the industry. 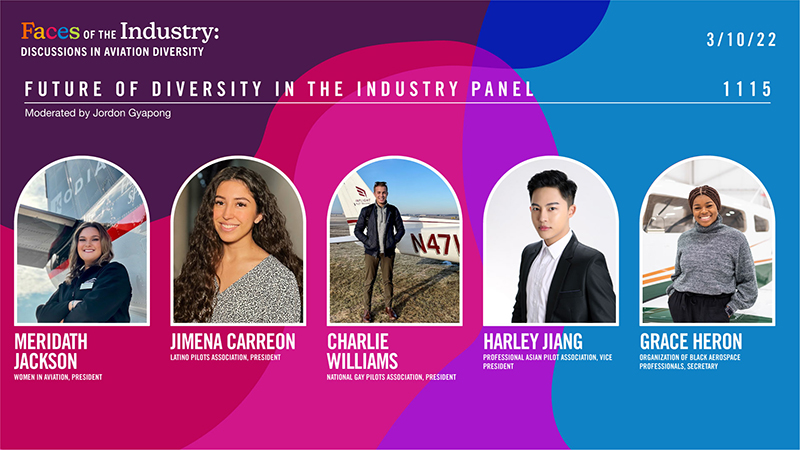 The second, “Future of Diversity in the Industry” at 11:15 a.m., will exclusively feature UND student organizers and leaders of their respective student organization chapters. According to Gyapong, the panel will provide a platform by which current students can express their thoughts on the industry in the presence of staff, faculty and industry representatives.

A luncheon for prior registrants, taking place during the panel, is sponsored by Endeavor Air.

“In most respects, we as students are the future of aviation,” Gyapong said. “So I’m happy that the University is allowing our input to be involved, as well as allowing us to manage the day’s activities.” 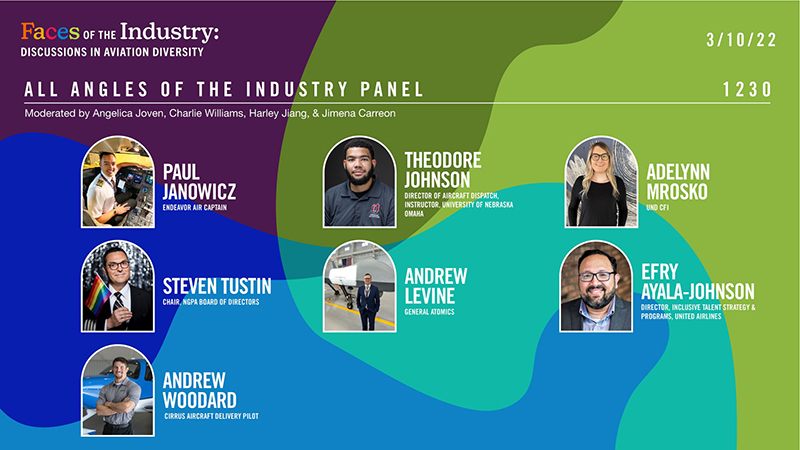 At 12:30 p.m., the “All Angles of the Industry” panel will feature eight professionals from a variety of careers, including meteorology, academia, flight instruction and personnel management. This final, third panel will go beyond the cockpit to provide further perspectives on diversity, equity and inclusion in the industry.

Hopson’s 2 p.m. keynote speech will follow the themes of “Faces of the Industry” in telling her own story of deciding to become a pilot, as well as the story of Bessie Coleman – the first African American and Native American female pilot. Hopson’s book, A Pair of Wings, is a novelization of Coleman’s journey to flight in the early 20th century. 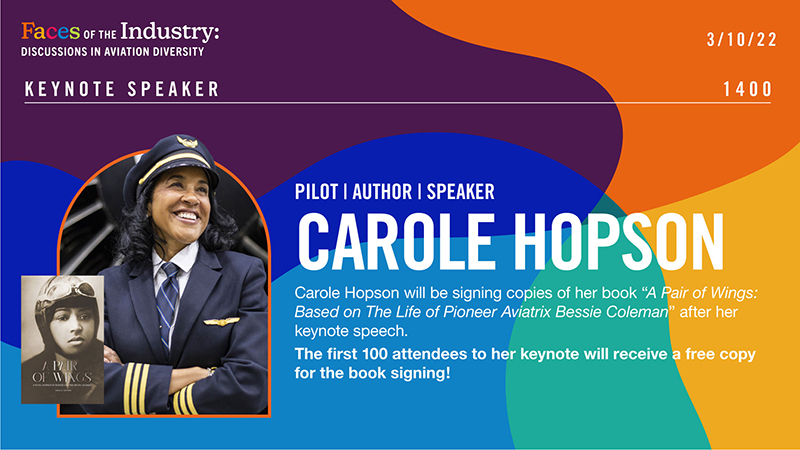 In 1922, Coleman performed the first public flight by an African American woman, according to the National Women’s History Museum. Before her death in 1926, caused by a mechanical failure during flight, Coleman used her fame and influence to fight segregation and discrimination against African Americans – refusing to perform or speak anywhere that segregated its audiences.

Hopson herself started her career in journalism before shifting to roles at the National Football League, Foot Locker and L’Oreal. Well into her career as an executive, while also raising a family, Hopson decided to pursue her childhood passion: aviation. Today, she flies Boeing 737s for United Airlines as a First Officer, in addition to her pursuits as a speaker and author.

Hopson also serves as chair of the 100 Pairs of Wings Project, which aims to send 100 African American women to the Lt. Col. Luke Weathers Flight Academy in Olive Branch, Miss., by 2035. A portion of profits earned from A Pair of Wings go toward supporting the effort.

“Faces of the Industry: Discussions in Aviation Diversity” is an event supported by the Joanne A. Selkurt Diversity in Aerospace Fund, an alumni fund devoted to diversity initiatives at UND Aerospace.