by Walter Criswell
Published in: College of Business & Public Administration

Hosted by the Federal Reserve Bank of Minneapolis, the half-day conference included discussions between 3M CEO Mike Roman and Minneapolis Fed President Neel Kashkari regarding the manufacturing sector’s economic challenges. This was followed by an hour-long block of presentations and forecasts from each state’s representatives and a Q&A session.

Representatives from North Dakota, South Dakota and Montana gave presentations that offered overviews of the states’ current economic situations and possible solutions to the challenges faced by each state.

Flynn, research director at UND’s Institute of Policy and Business Analytics and professor of economics and finance at the University, started his presentation by giving a brief overview of North Dakota’s economic health throughout the past decade. That health has been enviable: “I think we’ll start seeing important work saying North Dakota had maybe the best run of any state from 2010 to 2019,” he said.

According to Flynn, the burgeoning oil industry contributed tremendously to North Dakota’s growth during that decade, through such means as attracting large groups of 20- to 30-year-old males. In addition, oil and energy industries have been essential factors in the state’s retention of these young workers as those workers mature, start families, and at times move into other industries.

The labor force shortage was a pervading theme across the event’s three presentations, and North Dakota’s was no exception. Flynn said the North Dakota workforce has stagnated despite the oil industry’s relative stability. While North Dakota’s labor force participation is higher compared to the national average, it is still a vital issue for the state moving forward.

“The labor force is just not expanding. Instead, it has essentially plateaued with some slight decline in the post-Covid era,” Flynn remarked, adding that much of the labor force participation dip predates the effects that Covid has had on the economy.

Flynn views the current initiatives to develop technological skills in North Dakota’s workforce as an essential catalyst for mitigating labor stagnation and encouraging future innovation. Still, he believes that “there needs to be a more concerted effort on the policy front to try and direct people into those kinds of initiatives to support those labor force principles.”

Another issue Flynn sees as potentially hazardous to the state’s economy is the increase of interest rates.

“I think it’s getting insufficient attention from businesses going forward,” he said. “The fact of the matter is we have individuals who have not experienced higher interest rate regimes, because we haven’t really seen this for a long period of time, just like it’s been 40 years since people have encountered this type of inflation.”

In addition, Flynn suggested leveraging some of the $8 billion Legacy Fund accumulated from oil extraction and production revenue.

“There’s obviously an opportunity to think more broadly with that fund,” Flynn began. Then he posed a few critical questions about how the state can use these funds: “Is it something that can be leveraged beyond just a rainy day fund if there are capital products, projects or investment avenues? Can we look at the Legacy Fund as a possible source for this instead of looking at it as a hole in the ground in which to bury funds?”

Closing out this section of the conference was a Q&A. Moderated by Ron Wirtz, the Minneapolis Fed’s regional outlook director, the Q&A included Flynn, Amy Watson of Montana and Joseph Santos of South Dakota. During this session, representatives shared the economic conditions of their respective states in areas such as population growth, agriculture and housing.

Each representative agreed that the population influxes in North Dakota, South Dakota, and Montana pose unique problems as the states attempt to accommodate and keep new residents. Flynn suggests that the states address population growth and increased birth rates structurally.

“Every one of the states present here are big states with lower populations, which means we drive a lot. So, there are a lot of questions about things like where you locate education facilities,” he said, noting that North Dakota should be focusing on “broader social infrastructure that the population requires to truly maintain long term. Long term residency, I think, is something that you can’t talk about early enough in that regard.”

After the conference ended, Flynn remarked that “one of the great things about these opportunities is to talk with others about the experiences in North Dakota, the good and the bad, the positive and the negative, and develop a better idea of policies and pathways forward for the North Dakota economy.”

While North Dakota is facing the challenge of navigating the same complicated economic landscape that much of the country is, Flynn believes that the state is well-positioned to rise to the task with some smart planning.

“There are opportunities for a positive move, but it will take the right combination of policies and private sector development to create growth and development close to the potential for North Dakota right now. “ 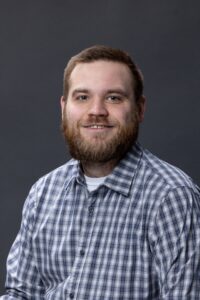