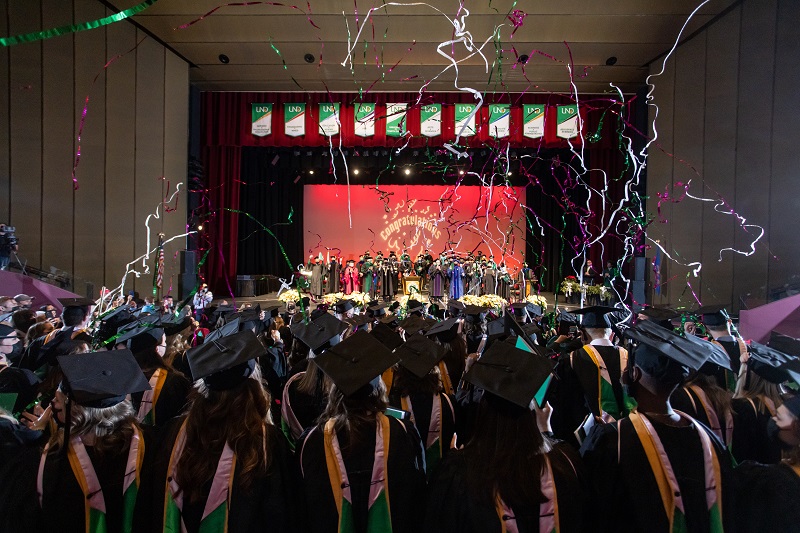 More than 600 students are eligible to receive degrees at the University of North Dakota’s summer commencement ceremony at 3 p.m. on Friday, Aug. 5, at the Chester Fritz Auditorium.

According to updated numbers from the UND Registrar, expected to graduate are 300 undergraduates, 237 master’s students and 80 doctoral students.

UND President Andy Armacost will preside over the ceremony, and James Mochoruk, Chester Fritz Distinguished Professor of History, will be the guest speaker.

This summer’s ceremony will also feature the induction of Julia Xiaojun Zhao as a Chester Fritz Distinguished Professor of Chemistry. This spring, Zhao was selected for the distinction alongside Glenda Lindseth, professor of nursing, and Sean Valentine, professor of management, both of whom were inducted during spring commencement.

Parking is free for graduates, guests, faculty and staff parking in the lot south of the Chester Fritz Auditorium. Doors to the seating area open one hour before the ceremony.

For those tuning in online, the ceremony will be livestreamed at UND.edu and UND’s Facebook page.

Since arriving at the University of North Dakota in 1993, James Mochoruk has developed courses in Canadian, Canadian-U.S., British and First Nations history.

Mochoruk has received multiple awards at UND, including distinctions such as Outstanding Graduate Teacher and Outstanding Faculty Scholar. He received the title of Chester Fritz Distinguished Professor in 2013.

His research explores the history of northern development in Canada and the social, ethnic, political and labor histories of western Canada. He has published multiple books, as well as co-edited two collections of essays. His latest work, a co-edited collection titled For a Better World: The Winnipeg General Strike and the Workers’ Revolt, will be released later this year.

Mochoruk has long been an advocate of shared governance at UND and has served on an array of UND Senate committees, task forces, administrative search committees and as chair of his department and UND Senate. He currently serves as co-chair of UND’s Strategic Planning Committee.

Zhao has shown a commitment to securing the University’s intellectual property rights, while licensing her technology through eight approved patents, with two patents pending.

Zhao is a tireless advocate for underrepresented groups and STEM disciplines, continually seeking ways to reach out and connect effectively with others. Her Sunday Academy and virtual learning videos have helped her build relationships among North Dakota’s tribal college student communities. 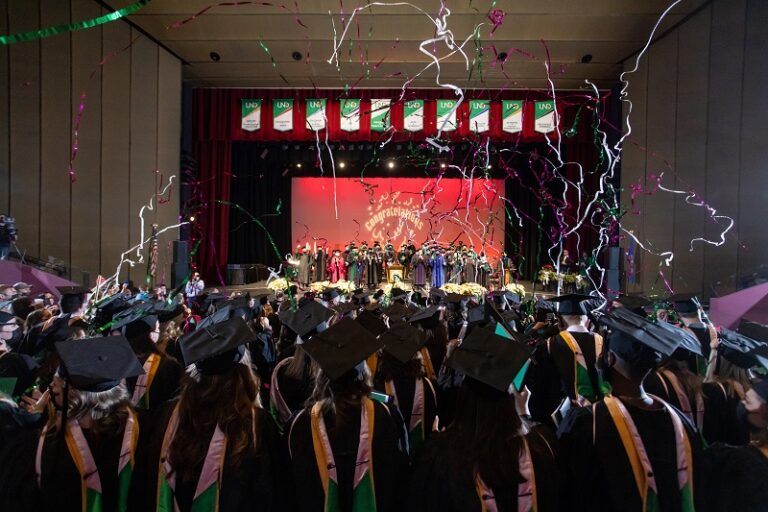