With the 1950s Americana musical, UND Theatre puts on first performance ever at Empire Arts Center 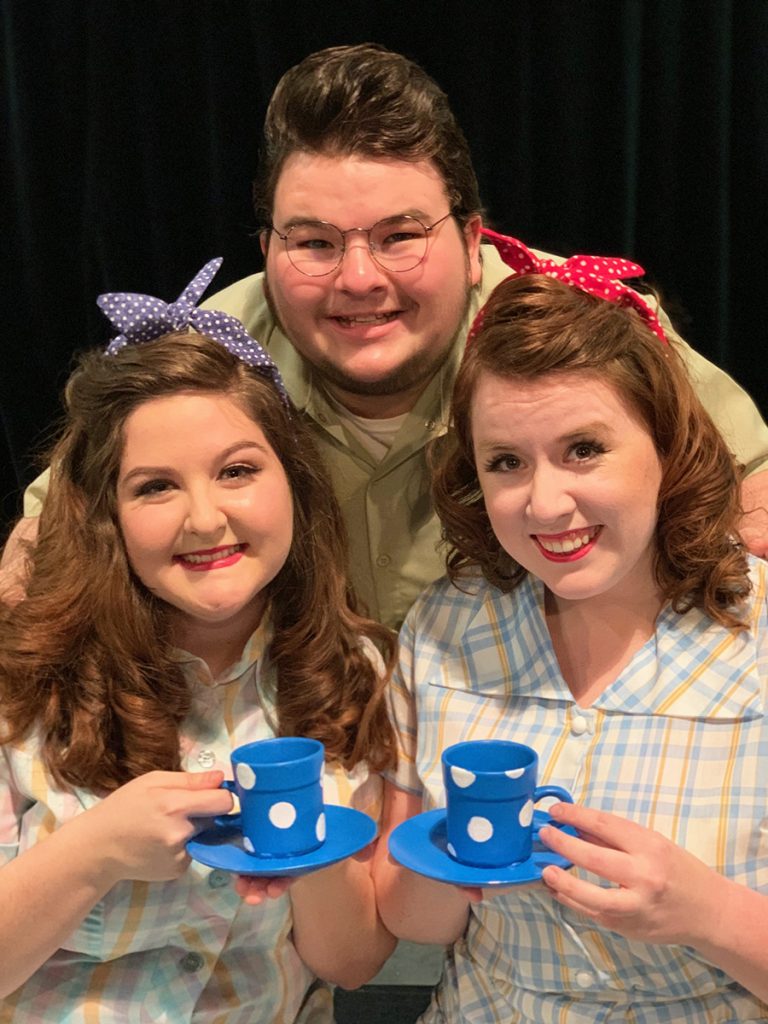 For the first time ever, the Department of Theatre Arts at the University of North Dakota is putting on a performance at the Empire Arts Center in downtown Grand Forks.

On Feb. 27 – 29 and March 5, 6 and 7, the Greater Grand Forks community has the chance to enjoy “Pump Boys and Dinettes,” a musical set in rural Georgia with a five-strong cast.

“It is more of a jukebox musical,” said UND associate professor and director Emily Cherry. “It is set in 1950s Americana. It’s really fun. It’s more of a concert or compilation of several songs. And each song tells its own story.”

The narrative revolves around three employees at a gas station, Jim, L.M. and Jackson, and the two sisters, Rhetta and Prudie, running the Double Cupp diner across the street.

Along with the actors, some of whom will play their own musical instruments during the play, a band will be on stage, too, to “take part in the action,” said Cherry. In the meantime, five members of the audience will be invited on stage to follow the unfolding story up close.

“There’s some audience interaction, and there’s audience seating on stage as well,” said Cherry. “So we hope that it’s just a fun, interactive night of singing and dancing for the community.”

As a central location in town, the Empire should augment the communal feel of the performance, which is put together as a special engagement between UND Theatre and the city’s cultural and theatrical hub.

Cherry hopes that the new arrangement introduces more people to UND thespian pursuits. The setup also offers the student actors, who have been rehearsing at Burtness Theatre on campus, a real-world experience.

“It is not uncommon for professional theaters to rehearse in one area and then to move into the theater that they’re going to perform in,” she said. “Another added bonus of being in the Empire is giving our students that experience.”

Those who wish to attend can buy tickets online at burtness.und.edu, at the box office in the Burtness Lobby or by calling (701) 777-2587.