The principal investigator for a biomedical research project at Turtle Mountain Community College questioned why his new research assistant was sometimes gone for hours to complete a task he thought should take 10 to 15 minutes.

It was 18 years ago when Melanie Nadeau, a student at the college in Belcourt, N.D., went to work for Dr. Lyle Best on a project that served as her introduction to the world of research. Now the director of the Indigenous Health Ph.D. Program in UND’s School of Medicine & Health Sciences (SMHS) Department of Indigenous Health, she had been tasked with gathering consent forms from women on the Turtle Mountain Reservation for a genetic study on preeclampsia.

Nadeau – an enrolled citizen of the Turtle Mountain Band of Chippewa – went about getting signatures on consent forms using the knowledge she’d gained growing up on the reservation.

“You don’t go into somebody’s home and say, ‘Hey! Do this for me!’ It’s rude,” she related. “First you sit down and find out who’s their mom and dad or grandparents. You like to find a connection. And then there’s a storytelling and sharing phase around the connection.”

Eventually, the conversation would turn to the reason why Nadeau was at the woman’s home.

“I’d start the process of translating the consent form in a way that explained exactly what they’re committing to and what we were going to do with their blood sample,” Nadeau related. “You have to explain it in a way that you’d explain it to your grandma.”

The process may not have been fast or efficient, but it was culturally appropriate and effective. Nadeau persuaded all but two of the more than 400 women she contacted to participate in the study. She and Best later co-authored and published a paper on recruiting American Indian women for research studies.

It was the beginning of Nadeau’s experience in community-based research. Her life story and career path were detailed earlier this year in UND Today. Now a social/behavioral epidemiologist at the doctoral level with a master’s in community health education, she’s asked to speak on her approach to collecting research data for studies involving tribal communities.

“I’ve been invited to some neat things in the past year,” she said. “It’s really cool. It just kind of blows my mind.”

Such was the case in mid-February when Nadeau was invited to give a presentation at Tufts University in Boston as part of the Friedman School Speaker Series. It features presentations from professionals across a wide range of topics, including researchers and practitioners of nutrition science and policy from academia, government, industry and the nonprofit sector.

Nadeau’s presentation, “An Indigenous Perspective for Conducting Community Driven Research, Evaluation and Tool Development in Tribal Communities,” was live-streamed and can be viewed on YouTube.

In her talk, Nadeau shared her remarkable life story and covered the approach she uses for her work: health impacts in tribal communities; historical contexts among tribes; social determinants; data considerations; and research and evaluation considerations. With her mother and other relatives having fallen victim to cancer, she said her research takes on a personal nature.

“For me, data is more than just numbers,” Nadeau noted. “When I see data, I think of my family. I think of my community. I think of native people nationwide who, unfortunately, have the poorest health in the United States.”

Nadeau’s presentation addressed the importance of including and engaging elders in research within tribal communities to make use of their knowledge and to understand their concerns.

“It wasn’t unusual to hear the elders say, ‘We’ve been researched to death!’ she remarked, while noting that governments and researchers often gather, analyze, interpret, and report data without tribal community consent, review or input.

In addition, Nadeau said research results tend to be interpreted and presented in language and formats that are inaccessible or inappropriate to community members. She advocates for researchers to ensure that information meaningful to the community is accessible and published in a way that’s accessible for even those working at a tribal college.

Nadeau spoke to UND Today about her community-based research approach and other key aspects of her research. The conversation below has been edited for clarity and length.

When did you realize that community-engaged research worked well for tribal communities? Did it change your approach to research?

It was when I was working for Dr. Best, and I was able to recruit nearly all the people I contacted for his preeclampsia genetics study. I was a first-generation college student and I really didn’t have an understanding of the research process. I actually brought my whole self into the research. I did the work in a cultural, community-grounded way. It was the way I thought it should be done, given that I was a community member.

While working on my doctorate at the University of Minnesota, I was going to go home to Belcourt for the summer to have time with my daughter and work another summer externship with Indian Health Services. I was told that doctorate students don’t go home for the summer, which caused me to consider dropping out of the program because it was important for me to stay connected to my community. It was also important for me to have institutional support to do it.

We came up with a training grant proposal for community-engaged scholars. Eventually the proposal was awarded, and as a pre-doctoral award recipient, I went to the American Indian Cancer Foundation and asked if there was any data they needed help with writing up. They had done a survey with doctors across the Northern Plains on colorectal cancer screening practices, screening perceptions and knowledge. I wrote a paper for them and got it published.

I’ve been a constant advocate for the community approach, for what I needed and how it translates into a community benefit. Being part of the Turtle Mountain Band of Chippewa Research Review Board has always been very important in grounding me in what’s going on at the community level. We take a tribal community view from a harm and prevention perspective. It’s a totally different view and approach. We look at everything, not just research, including program evaluations and projects that have cultural considerations. We do this to ensure community perspectives and protections are considered and addressed.

We represent the smallest minority population in the United States, but we’re also a group of people who represent the greatest diversity in the country. Tribes are so diverse in their culture, their language, their history, their land and their resources that the populations are very different.

For me, it’s so important that regardless of what community you’re working with, you are grounded to their needs. What is their capacity to carry out what’s being proposed? Is it feasible? Are you starting with where the community is at? It’s so very important.

I see this with data. People assume we’re at the same level with everybody else’s data collection efforts, but we’re not. Mainstream research has received a lot of money to support data collection efforts. We need support to collect data, store it and train people how to use it to build the capacity and a knowledge base. We need people skilled in handling large databases and in translating the data for dissemination in a meaningful way to the community. It’s a huge issue.

You discussed the importance of bringing the research down to the level where community members could understand it. Is this a challenge for most researchers or is it more important in research involving American Indian communities?

A really good analogy for this is language. If you have two people who speak different languages and you put them in a room to solve a problem, learning to communicate is the first thing they need to do. Unfortunately, we’re not investing the time, the effort and the attention to that part of the process. Things are so outcome-driven that just by focusing on the outcome, you’re not paying enough attention to the process of implementation, feasibility, translation and, ultimately, community-wide impact.

Translation doesn’t just happen at certain levels; it happens at multiple levels. I learned from Dr. Best that first and foremost, we had to return our results to the very people who gave us blood samples – the participants themselves. We sent them a fun, interesting newsletter. We went on radio talk shows – which are huge in Indian country – and had conversations with people to answer their questions.

All of those are translational efforts. The more you can diversify that translational portfolio, the more impact you’re going to have. I advocate for investment in translation. Just getting the data that showed you had an impact doesn’t mean you’re done. Public health people aren’t good about sharing information with the general public. We need to partner and engage in interdisciplinary work to do that.

We need to work with communications experts. From a tribal perspective, we need to include artists because they’re the knowledge keepers. How information is shared is going to look different in Belcourt, N.D., than it does in Grand Forks, N.D., even though you’re assessing and sharing meaningful information within communities. 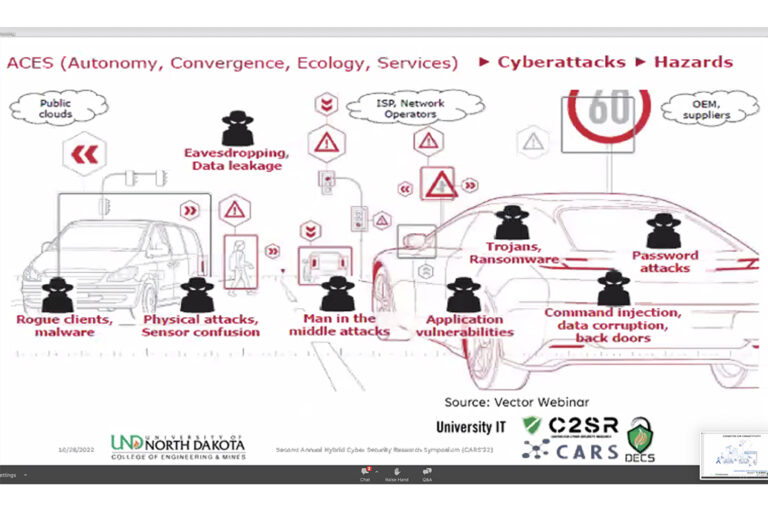