What started as a simple search for summer work now has Connor Propp, an electrical engineering major at UND, on the cutting edge of unmanned aircraft system applications. 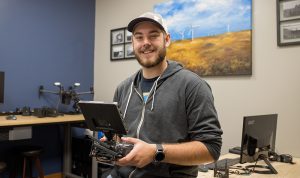 What started as a simple search for summer work now has Connor Propp on the cutting edge of unmanned aircraft system applications.

Before joining the team at Airtonomy, a UAS technology startup in Grand Forks, the UND electrical engineering major had only a passing interest in drones or piloting.

Propp is now a bona fide drone operator with his Part 107 certification.

“Falling into it has been more fun every day,” he said of working with UAS.

His internship was made possible by InternGF – the Grand Forks Region Economic Development Corp. (EDC) and UND Center for Innovation program that’s placing more and more students in positions around the area. Innovative startups such as Airtonomy are the types of businesses the EDC and UND aim to support.

Airtonomy CEO Josh Riedy sees the program — and Propp — as being vital to his fledgling company.

“Connor has been a member of the team from Day One,” Riedy said. “He has a unique skill set that goes well with what we’re doing.”

Pursuing a minor in computer science, along with his engineering major, Propp is heading into his junior year at UND with a wealth of experience at the nexus of those subjects.

“It’s actually not too bad,” Propp remarked when asked about learning to fly a drone. Soon he amends his statement: picking up the sticks came easily, he said, but flying thousands of dollars’ worth of equipment can be stressful.

The product he’s developing at Airtonomy might just take that stress out of the picture.

Riedy put it this way: “As a UAS technology startup, what we have to focus on is the intersection of hardware — a drone — and the software and technology around that. Connor has helped us right in the middle of that intersection.”

Essentially, Propp worked over the summer to make Airtonomy’s software product interface with UAS hardware. The product is the result of a partnership involving Microsoft, the UND Aerospace Foundation and the UND Research Institute for Autonomous Systems.

Propp states it simply: “We’re trying to have an automated drone system for servicing wind turbines, energy systems, oil lines, power lines and so on.”

At the press of a button, a UAS can fly around an area in question, collect data and deliver crucial information. It’s a prospect that’s far safer, easier and faster than sending a technician to climb a structure or inspect a potentially dangerous leak.

Where Propp’s newfound flight skills came into use was in flying the drone in such situations. For instance, he’s flown multiple tests around a wind turbine at Lake Region State College, near Devils Lake, N.D. Using such tests, he and the Airtonomy team are building an artificial intelligence system through both manual and simulated flight. 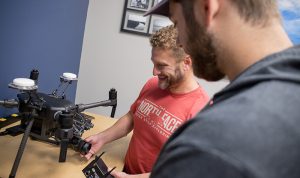 In the company’s office suite at the Grand Forks Chamber, Riedy walks to a workbench and picks up a small, black box with two short antennae. It’s the computer housing the software product (also called Airtonomy), which they attach to a small drone. Propp recently developed a solution to make working with the product easier, Riedy said.

“We had a longstanding issue with needing a dual power source,” Riedy explained. “When the drone lands, we switch out the batteries and shut the drone off. This would also turn off the computer. Connor’s created another power port for this system, so we don’t have to reboot it or restart our processes.

“He’s applied his schooling — engineering — to create a piece of our entire ecosystem. It’s a great encapsulation of what he can bring to the table that none of us can do.”

As an aspiring computer engineer, Propp describes the internship in ways that cast it both as extremely challenging and rewarding.

“When you’re working on something that hasn’t been done yet, you run into problems you can’t just Google,” he said. “It’s a lot of problem-solving. I like that work, I have a lot of fun. There are plenty of frustrating days, but when you finally figure it out, it pays off.”

Aside from the software and hardware engineering challenges that he has solved over the summer, Propp says he’s learned a lot about the UAS and energy industries. Traveling with Airtonomy to distant events has shown him the potential of the work he’s doing.

On the career side, Riedy points to the ways Propp has advanced as a professional.

“We don’t spoon-feed each other in a startup; not that we’re unstructured, but Connor comes to work and gets things done,” Riedy said. “He’s learned how to function as part of a team and organization, develop relationships and work with others toward a common goal. Those are all lifelong lessons.”

“We are trying to blaze a trail that others can follow,” he said. “Nothing would make me happier than if Grand Forks was the home to many technology startups, especially in the UAS sector. It’s a pipeline of talented students like Connor; it’s an ecosystem with entities like UND, Grand Sky and the Northern Plains UAS Test Site. We have all of the substance.”

As for Propp, now that his internship has ended, he’ll be staying on part-time with Airtonomy at Riedy’s invitation.

“Connor has carved out a niche for himself over the summer, and we’d like to continue to function with it,” Riedy said. “I’ve told Connor that I want him to grow throughout his schooling, come back with a more prominent role, then eventually join us as an employee and be essential to what we do.” 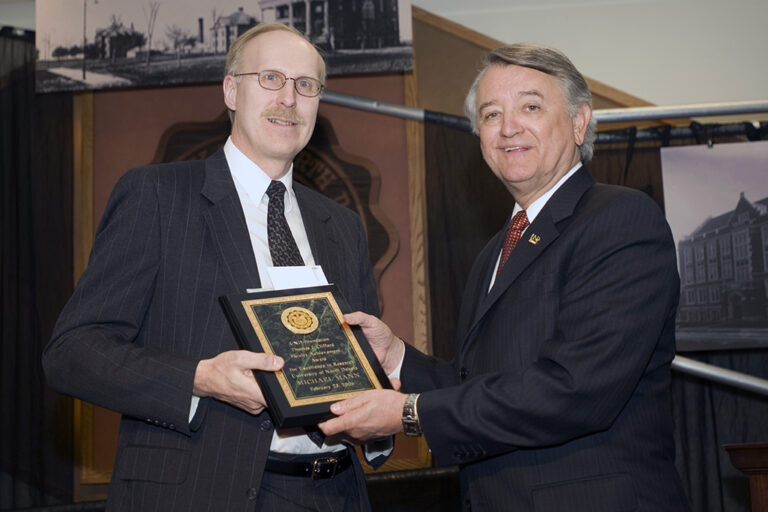 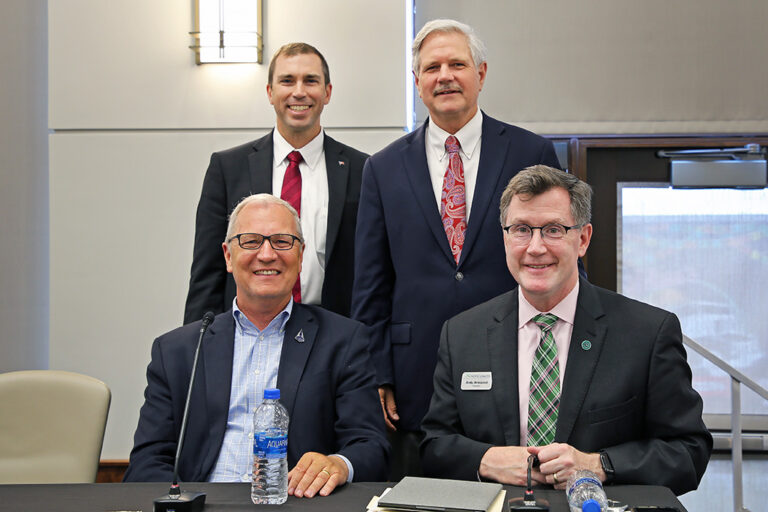 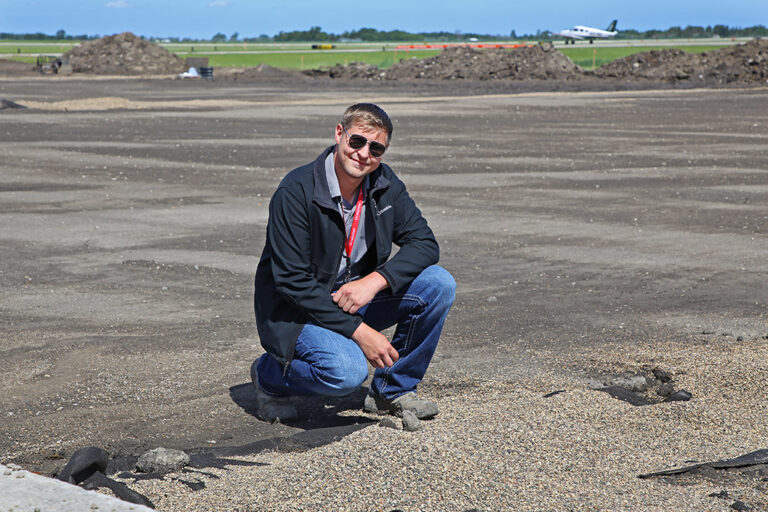