If you want to learn how to farm successfully and grow crops, here’s a novel place to turn to:

The UND Department of Space Studies.

Then again, this advice might be a tad limited, given that not many are aspiring to grow crops on asteroids millions of miles from Earth.

But UND Assistant Professor of Space Studies Sherry Fieber-Beyer is. And in fact, she’s one of the first in her field who’s seriously looking into such an idea. “If our goal is to establish a long-term presence in space, well, humans can’t do that unless we have food,” said Fieber-Beyer, a planetary scientist.

It turns out that among the vast combinations of rocky and metallic celestial bodies floating in our solar system, a number of them have a top soil – commonly referred to as regolith – that is highly organic. They’re classified as C-type asteroids.

So, in the greenhouse of UND’s Biology Department, a couple of otherwise normal-looking pots are the pilot testbeds of a far-off-in-the-future concept for space exploration.

Fieber-Beyer and Steven Russell, a Space Studies graduate research assistant, are studying whether lettuce, radishes and peppers are able to grow in a soil comprised of varying mixes of peat moss and simulated asteroid regolith, an exact mineral copy of samples taken from organic-layered C-type asteroids.

“It’s a pie-in-the-sky kind of idea,” remarked Fieber-Beyer, when asked about the practical application of farming asteroids. “But the end vision is to create pit stops for food throughout space.

“I don’t know of anybody else who’s growing plants in asteroid simulant at this moment, but I’m sure it will be an emerging field, based on calls for similar projects coming from NASA. And people are excited to see what happens through this experiment.”

Astronomical agriculture in the works

Though the experimental planting pots are described above as being normal-looking, they still stand out among the flora of the campus greenhouse. For example, one is situated at a 90-degree angle to the floor and slowly rotating to simulate growth conditions in microgravity.

In such an orientation, making a full 360-degree rotation over 24 hours, the plants actually grow perpendicular to the floor, in alignment with their container.

Russell, who’ll graduate soon with a master’s degree in Space Studies, has been the one maintaining and monitoring the planting process. The project is the topic of his thesis paper, which he’ll be wrapping up in the coming months.

With a biology degree from his undergraduate studies at UND, Russell was able to intern with scientists at NASA’s Kennedy Space Center in 2019, working with microorganisms in microgravity simulators. He was also in contact with scientists and fellow interns determining suitable plants for growth experiments on the International Space Station.

He said that the crop choices of lettuce, radishes and peppers had to do with how they each grow in soil and how they are harvested for consumption. Also, they have been previously grown in space, or are slated for experimentation, in the case of peppers.

As for the simulant, Fieber-Beyer procured the mineral mix from Exolith Lab, an extension of the Center for Lunar & Asteroid Surface Science at the University of Central Florida.

“We’re trying to grow these plants in different concentrations of asteroid simulant and Earth-based soil – peat moss – which is a common commercial planting medium,” Russell said. “The simulant on its own is very fine. If you put water in it, it’ll just seep through.”

Fieber-Beyer said that when the replicated asteroid material first arrived, she put both of her hands in it. “It got all over; it’s the blackest soil I have ever seen, and it immediately sent a dust cloud into the air,” she said with a laugh.

After weeks of monitoring the soil concentrations, ranging from 100 percent peat moss to 100 percent simulant in 25-percent increments, Russell said that mediums with up to 25 percent of simulant performed well for plant growth.

“I’ve noticed that the approach would probably need significant modifications, if we were to use it on a mission,” Russell said.

Further analysis of the soil, taken on by another lab outside of UND, will show the nutrient content of the compositions, as well as how effectively those nutrients can be transferred from soil to plant.

Finding solutions to explore beyond Earth

Alas, the project’s status as a pilot study comes with limitations. UND currently only has access to two “microgravity simulators,” which keeps the project from developing statistically significant results. But with two other C-type asteroid simulants available for experimentation, Fieber-Beyer is confident in the potential to up the scale of the operation.

Russell, for his part, will be presenting the project’s initial results at the Lunar and Planetary Science Conference in March.

“Looking at the results we’ve had so far, I think it’s definitely something to look more into, especially with the other kinds of regolith simulants out there,” said Russell of what he’ll deliver to the scientific conference.

“We’d also like to look into how to perhaps modify the regolith to better support plants on its own merit, as well as extracting the present nutrients to create a hydroponic solution – an even more hands-off approach to growing plants.”

“Hands-off” is the general idea when Fieber-Beyer envisions a future where asteroid agriculture is a reality. Once humans establish a biodome, or terrarium, on the surface of a large asteroid, advanced robotics are expected to take over the operation from there, Fieber-Beyer said.

“There are companies today that envision robotics existing in space with the ability to self-replicate,” she continued. “So, ideally, people would get it started, but then robots would service it, so we’d have asteroids throughout space that are effectively self-sustaining farms.”

Asteroids range in size from Vesta — the largest at about 329 miles in diameter — to bodies that are less than 33 feet across, NASA reports.

Of course, farming on asteroids sounds like science-fiction to many, but that’s what’s so exciting about the work of planetary science, said Fieber-Beyer. Just as Professor Pablo de Leon is looking at using the materials found in space, on other worlds, for the next generation of spacesuits, Fieber-Beyer and the scientific community recognize the necessity to move beyond Earth in order to extend humanity’s presence in the solar system and beyond.

“What we’re doing now, we’ll see the fruits of that labor in our lifetime,” Fieber-Beyer said. “The ideas are fresh, and we get moving on them. If they work, they work. If they don’t, we move on. But we’re always able to see the impact of our research.” 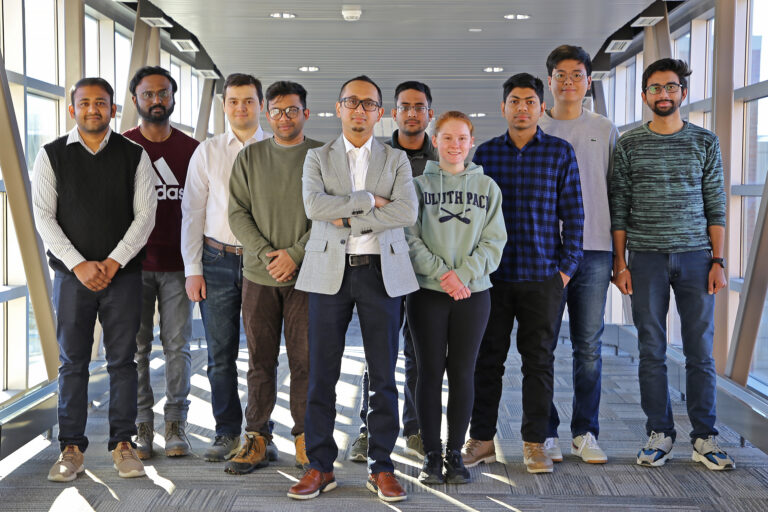 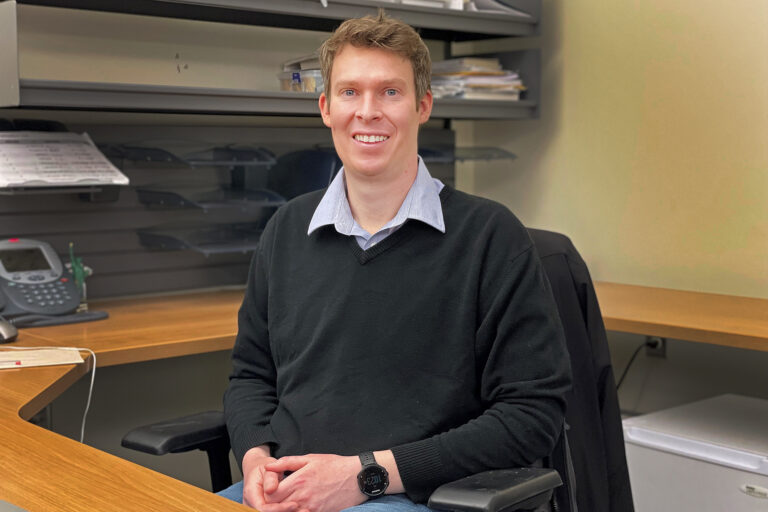