Asked what would convince them to get vaccinated, some 80 percent of unvaccinated respondents said, ‘Nothing at this time’

At 54.5 percent, North Dakota ranks 42nd in the nation in the percentage of its population who have been fully vaccinated.

And if the results of a recent follow-up survey conducted by UND hold up over time, North Dakotans shouldn’t expect either that percentage or the ranking to improve by much anytime soon.

‘Nothing at this time’

When that population of unvaccinated people was asked what might motivate them to get vaccinated, 80 percent chose the answer, “Nothing at this time.”

In other words, a very high percentage of the unvaccinated people surveyed showed a very strong resistance to getting a COVID vaccine.

“I was surprised at that finding,” said Jason Jensen, political science professor and executive director of UND’s Institute for Policy and Business Analytics, which conducted both the initial survey (in the fall of 2020) and the December follow-up.

“If I was vaccine-resistant, I could think of a number of scenarios that might bring me around.” These would include protecting one’s own health, protecting the health of family, friends, co-workers and the community, and going back to work or school, all of which were listed as possible motivations on the follow-up survey.

“Yet 80 percent of the unvaccinated respondents said nothing – nothing – at this time could change their minds. At the very least, that makes me think that if we’re trying to reach some point of herd immunity, it doesn’t seem like vaccines alone will get us there.”

Clearly, North Dakota must work hard to better understand vaccine-resistant people’s motivations if the state hopes to persuade that population to get vaccinated, Jensen said.

The run-up to the follow-up

In the fall of 2020, the Institute for Policy and Business Analytics surveyed more than 1,600 randomly selected North Dakotans to assess attitudes about and behaviors toward the COVID pandemic. As the Grand Forks Herald reported, the survey “showed residents were suspicious about the state’s COVID-19 recommendations, but responded to evidence.”

On that survey, respondents were asked if they’d be willing to take part in a follow-up survey at a later date. So in December, the Institute emailed those who’d answered “Yes” to that question, and presented them with a survey that focused on vaccine hesitancy, an important issue that has emerged over the past year.

About 300 people were contacted with the follow-up survey, and 51 went online to fill it out, Jensen said. That’s a fairly low number – which makes it an automatic red flag for survey researchers, who always are concerned about whether a survey is representative.

But in this case, the demographic and other comparisons that the Institute looked at reassured researchers that the results were representative enough to report, Jensen said. “We feel pretty confident that these interesting results are valid,” he said.

Some people who were extremely vaccine-hesitant on the original survey did eventually get the vaccine. Among the reasons they cited in the follow-up survey:

• “Didn’t want COVID”
• “I wanted my freedom back! I felt if I was vaccinated, I could go more places, and I didn’t want to get sick. And I didn’t want to infect someone else not knowingly.
• “I was thinking about the clients I was serving and my family.”
• “School (university) required it; that is the only reason I got it.”

But overall, there was a strong correlation between people who’d been vaccine-hesitant on the 2020 survey, and those who had not been vaccinated as of the follow-up survey in December, Jensen said.

The follow-up survey gave respondents a chance to describe why they’d chosen to not get vaccinated. The reasons the respondents listed include:

• “Not enough data on long-term effects.”
• “The potential side effects of receiving a COVID-19 vaccine outweigh the potential side effects of getting COVID at my age.”
• “The protections from liability for the manufacturers is Number One. If the vaccine is completely safe, why do they still need these protections?”
• “I had Covid and now have natural antibodies. I’m also not comfortable taking such a new and unproven vaccine.”

Other reasons included stories of people having a bad reaction to the virus, the unwillingness to be “a guinea pig for the government” and the news that fetal cell lines – cells grown in a laboratory based on aborted fetal cells collected generations ago – were used to help test and/or produce the vaccines.

From a public health perspective, the high rate among the unvaccinated of strong resistance to COVID-19 vaccination was discouraging, Jensen said. On the other hand, North Dakotans should note the full phrase that those highly motivated vaccine-resisters checked in the follow-up survey, to indicate what might prompt them to get the jab: “Nothing at this time would motivate you to get vaccinated.” (Emphasis added.)

Perhaps the “at this time” qualifier means the unvaccinated still might be open to persuasion, once officials more fully understand – and thus, become better able to ease – the group’s deep suspicion of the vaccine.

After all, those same vaccine skeptics routinely fly in planes, rely on electricity and get their information from the Internet, technologies that are grounded in the same scientific worldview that created vaccines.

“Almost everything we do in modern life, we owe to science,” Jensen said. And with that in mind, he suggested, the prospect of convincing skeptics about vaccines and their basis in science becomes less like an impossible dream. 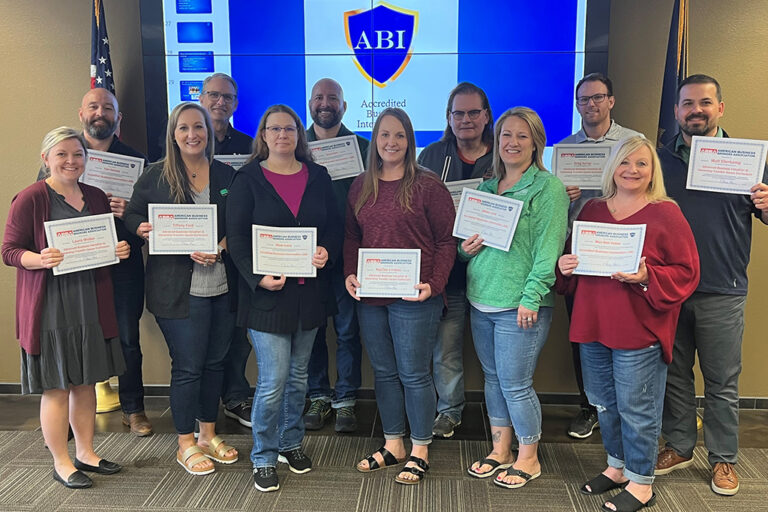