Paula grew up in Baltimore with her sister Judy, and they both attended The Cathedral Catholic Grade School and the Institute of Notre Dame (IND). Paula graduated IND as a member of the class of 1964 and remained a proud alumna throughout her life. After high school, Paula pursued a life of scholarship by obtaining multiple degrees, both undergraduate and graduate. She graduated in 1968 from the College of Notre Dame of Maryland, now Notre Dame University of Maryland. After obtaining her bachelor’s degree, Paula taught English as a second language in Medellin, Colombia for 13 months. After her return, Paula taught Spanish at Archbishop Keough High School while working to earn a Master of Liberal Arts from Johns Hopkins University in 1975. She eventually earned a second master’s, this time a Master of Science degree in Geography from University of North Dakota (UND) in 1983.

After meeting on a blind date, Paula and Randy were married on December 17, 1971 in Baltimore. In 1975, the pair moved to Grand Forks, N.D. Randy was a professor of law at the University of North Dakota School of Law, and Paula was a lecturer in Spanish at UND from 1986 until her retirement in 2013. When Randy passed in 2005, the two had been married for 34 years, during which time they enjoyed traveling to visit family and friends around the country.

While she was living in North Dakota, Paula became a dedicated member of the Philanthropic Educational Organization – Chapter D (“her PEO sisters,” as Paula called them) and the North Dakota Dames Club (fondly referred to as “The Dames”). Paula served as President of the Grand Forks Chapter of the League of Women Voters and is a lifetime member of the Girl Scouts of America. Especially during her retirement, she spent much of her time volunteering with St. Joseph’s Social Care and went on to serve on their Board of Directors. Paula was also a member of the Grand Forks City Planning and Zoning Commission, serving as the chair for a time.

After the start of the Covid-19 pandemic, Paula decided she was ready to return to Maryland to be closer to her sister and family. She made the trip back to Maryland in December 2020.

She is survived by her sister Judith Himmelheber Dohner, nephew John Johnson, niece Lee Roberts, and her much loved grand niblings, Christine Roberts, Mary Roberts, Virginia Roberts, Sara Johnson Roman, Elijah Johnson, and Stephen Johnson. In her final days, Paula was able to visit with all of these dear family members, and she passed knowing that she was loved and cherished.

In lieu of flowers, donations may be made in Paula’s memory to St. Joseph’s Social Care in Grand Forks, ND (Website: www.stjosephssocialcaregf.org), or the Randy H. Lee Memorial Scholarship Endowment (School of Law – UND Alumni Foundation) through University of North Dakota School of Law. 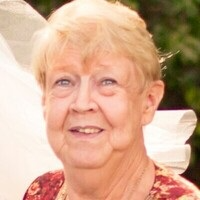